Building a garden bed. The Sequel. 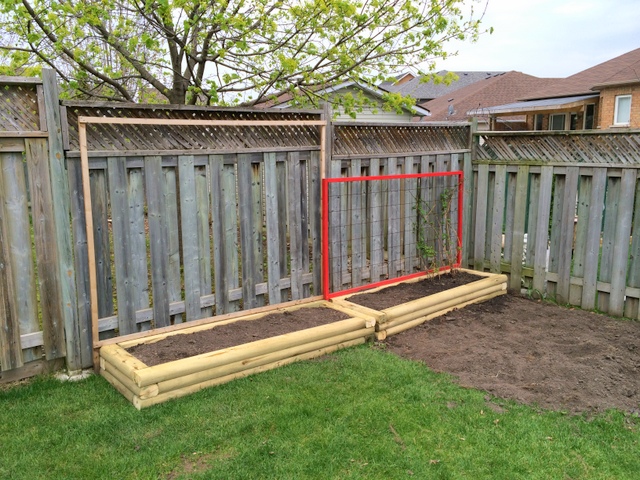 This is my first backyard after 21 years of living in condos and apartments. So two years ago when we moved in, one of the first things we did was build a vegetable garden bed. 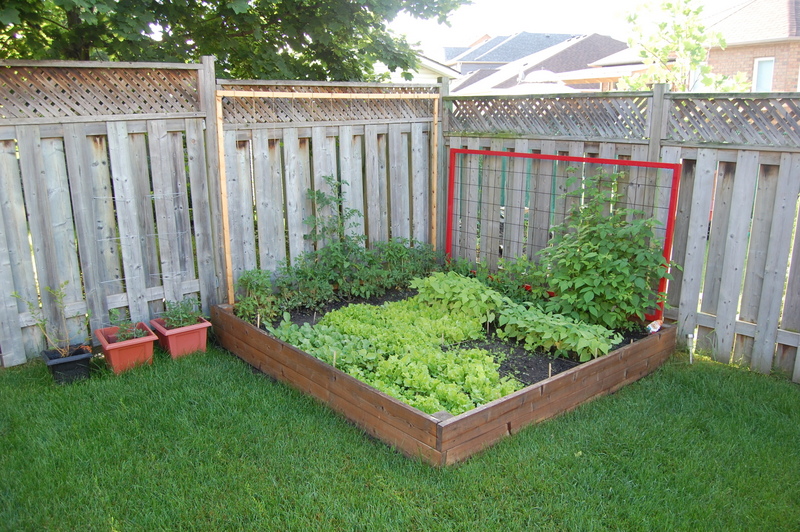 We loved it and we made such great use of it.

I learned a lot of lessons with that garden bed as it was my first garden ever. I made mortal enemies with cucumber beetles and squash borers and learned why spacing your vegetables is important when planting despite thinking it was a good idea to let your kids plant the seeds wherever. And what lettuce tastes like when it’s bolted and you don’t realize that it bolted.

But as with all projects, as your life changes, your home changes with it. And as great as the bed was, it wasn’t fitting in with our backyard anymore.

There were two big issues.

The first was our backyard is sloped. So all the water would constantly pool in the bed towards the area at the base of the red trellis (which we also made). The second was that that entire area with the red trellis, was also in the shade because of the fence and how the sunlight went around it. The only things that grew there were the raspberries and anything that really loved water. Meaning not a hell of a lot.

A bigger issue for us overall was the lack of privacy. We had neighbors move in behind us where there weren’t any for the previous 10 years (it was an uninhabited model builder home) and suddenly “Hello neighbor!” took on a whole new meaning. Just a few days ago the new neighbors had hired Broadleaf Tree Surgery Rochester to trim their tree branches which were in our yard as the leaves and twigs from the branches of the tree were constantly falling in your garden. This gave us an opportunity to plant an autumn blaze maple for some shade and privacy and it took really well. So we wanted to make new beds for the side fence so that we could plant another tree and move the garden a touch away from the back fence.

So we did just that.

We went to Home Depot and got some pressured treated mini ties. 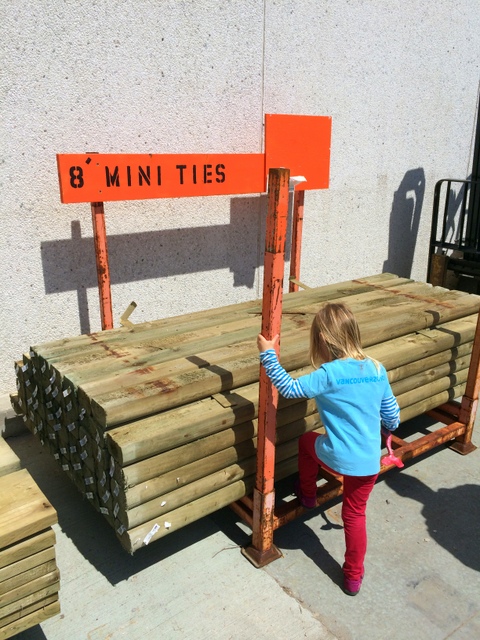 Then James put together the beds.

They’re super simple garden beds. He just trimmed the ends of the wood to the measurements we needed for our space (they’re about 7 foot long). Then screwed them together with deck screws while doing a nice layering affect. For the inside, using a staple gun he put in a weed barrier. 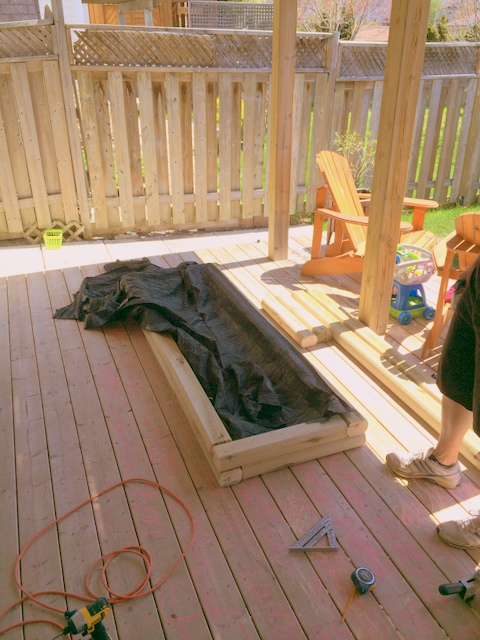 We moved it over to it’s new home. 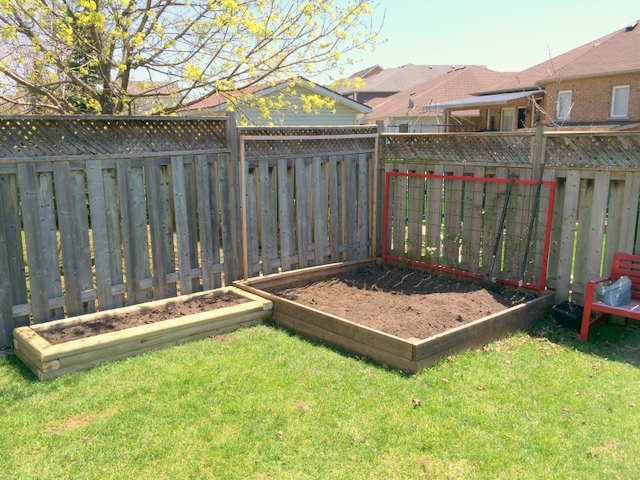 But then came the fun part. Digging over 2 yards of soil out of the old square garden bed, dismantling it, making an additional bed and putting the soil into the new beds.

I must say that this was the nicest Mother’s Day present I got in recent memory. 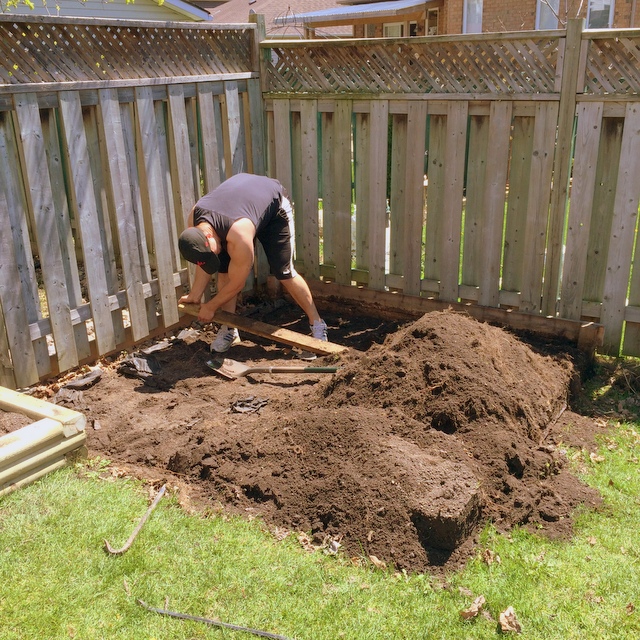 Don’t worry I helped too. You just can’t see me in my red rainboots because I was too busy taking pictures of the scenery. By the way, thanks for that extra Mother’s Day present Home Depot.

Did you catch that? I know eh? 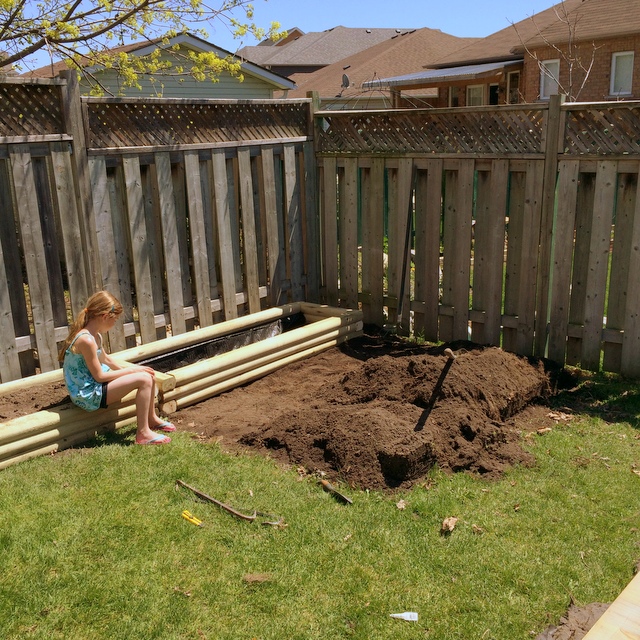 Finally we moved the old trellises over and drilled them both together and attached them to the beds. 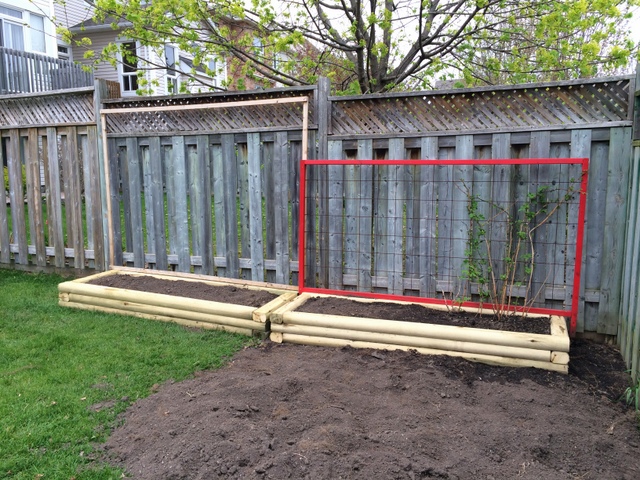 Did I mention we have a lot of extra soil?

Some of that will be reused into new planters that we need to make using the wood from the old garden bed. 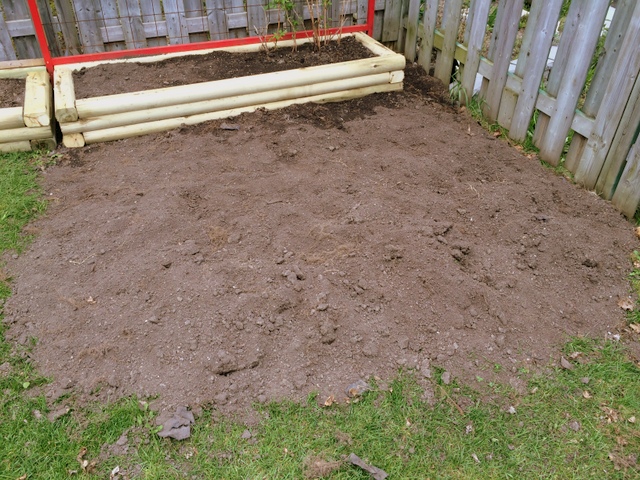 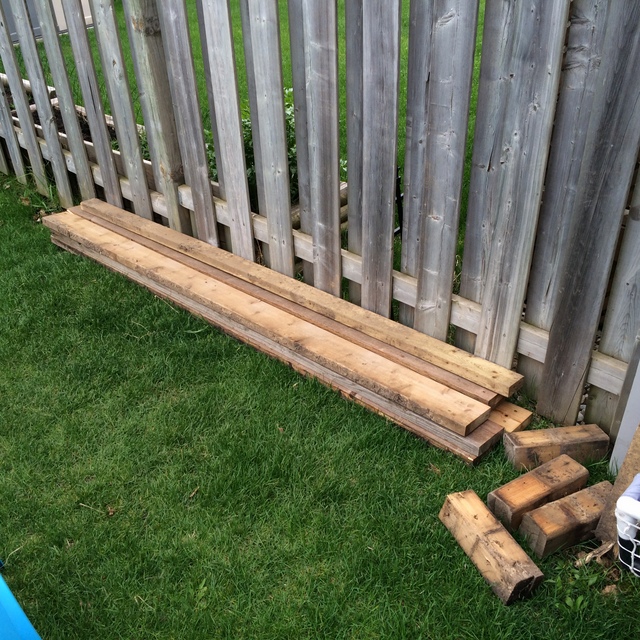 And if that wasn’t enough, I went off one day and texted James and said “Hey honey I bought a tree!’

So now that is in the backyard too. 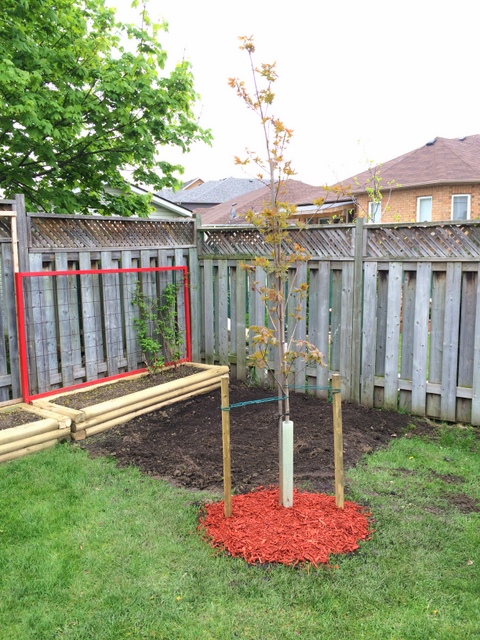 And it has a long way to go before it reaches the height and shade factor of our other Autumn Blaze Maple. 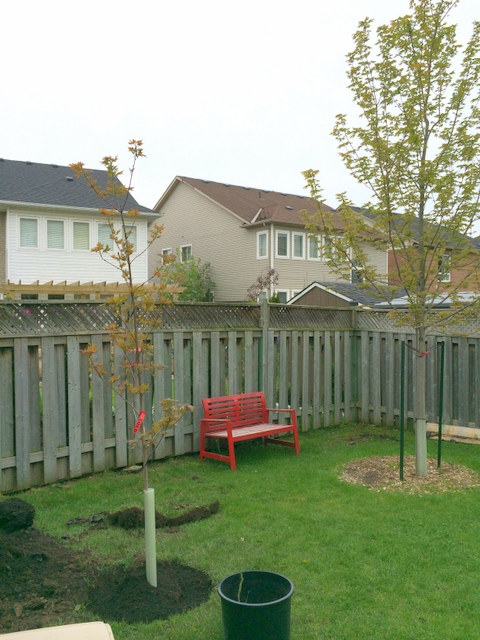 When that happens, these garden beds can be moved (or new ones made) to their prime sunlight spot, where the current swing set is.

As much as I would love to move that swing set elsewhere, it’s the flattest spot in our backyard and keeps my kids occupied and happy. You know what that means?

I’m sane and happy. It’s staying put for now.I recently realized something was missing in our backyard and that is when I went to  https://www.lakeland-furniture.co.uk/ to complete the look of the garden and ordered a bunch of matching outdoor furniture. 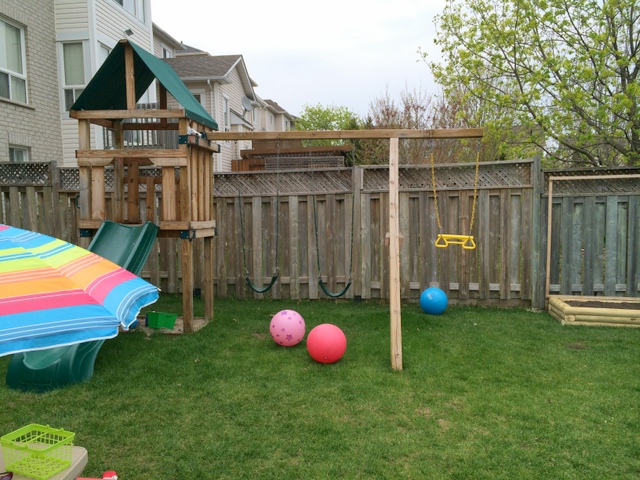 I do want to give a special thanks to the folks at Home Depot for helping make this project happen.

Who needs soil? Anyone? That reminds me, we need sod.

PS – As a bonus, for those of you who love the rustic look and are into the faux aging process with paint, let me present to you my favourite faux aging technique.

This is a bench I painted red. 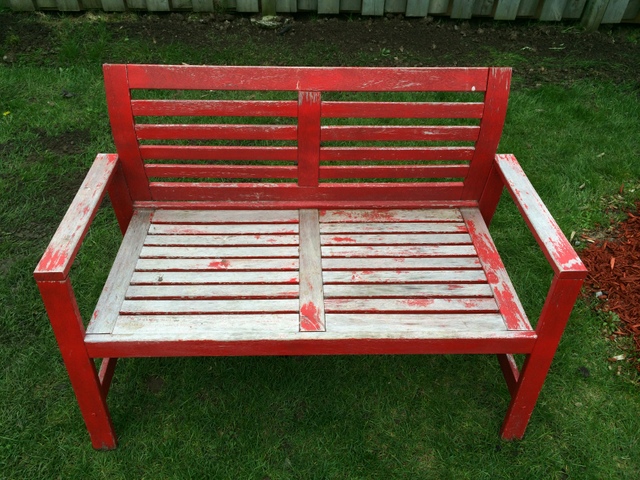 That is what happened to it after being kept outside for one Canadian winter.

So send me your stuff this Fall. It can be done for free and without sandpaper.

Here’s to a good Spring in the meantime!