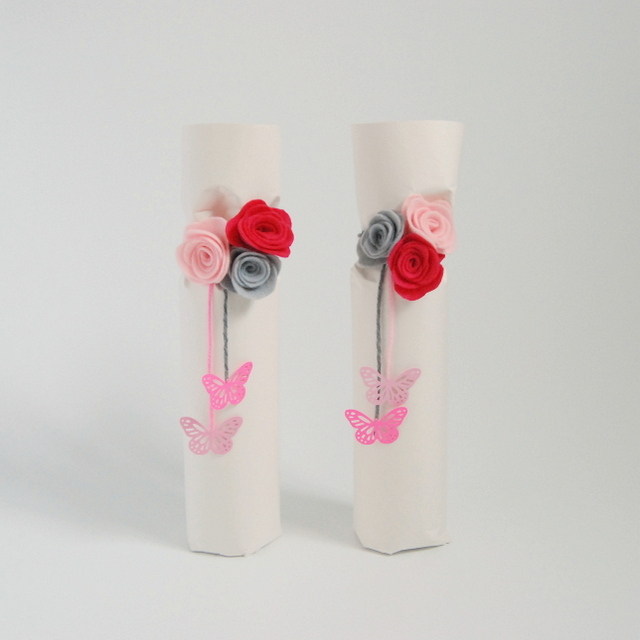 If you’re new in this neck of the woods, I should mention that I have bit of a gift wrapping addiction.

Unlike most talented people who make edible gifts they can give – like scrumptious home baked goods that will make you regret not going to the gym that morning –  because I can’t bake to save my life, I wrap instead.

Due to the ridiculous weather outside, I had to make something that would work for spring and I’ve been on this giant felt flower making bender. And because it’s been awhile since I did my last wine bottle packaging I thought let’s make a new one.

I have veered from using my beloved kraft paper for gift wrapping presents these days and have actually been using IKEA’s MALA art easel paper instead. It’s this nice thick, off white paper and it’s a crafters dream canvas. So it works perfectly for personalizing gift wrap. 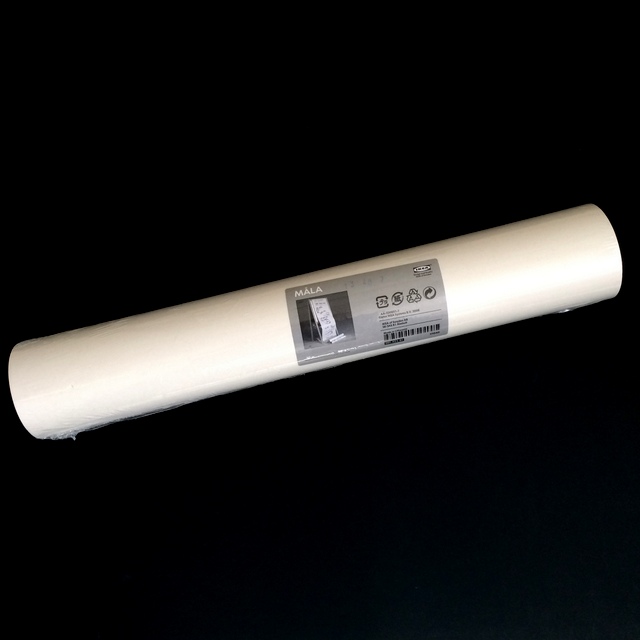 So get a bottle of wine or two.

Try not give in to drinking it before you wrap it up. 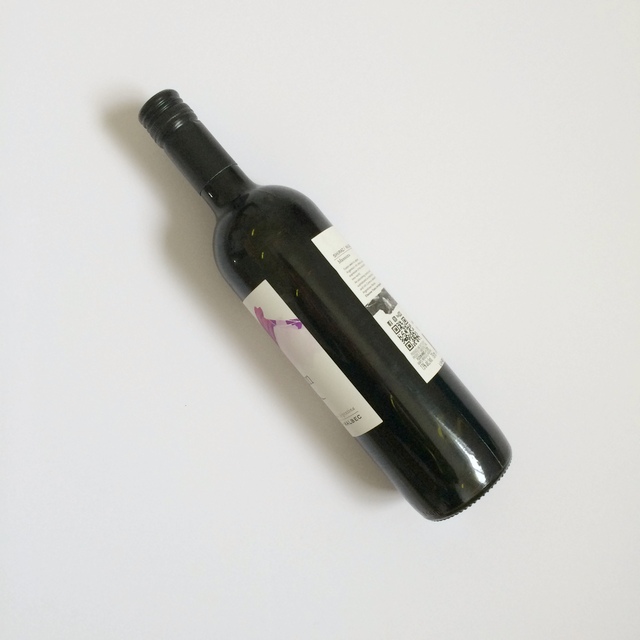 Just roll the paper around your bottle, fold the edge for a cleaner look and tape the bottom. 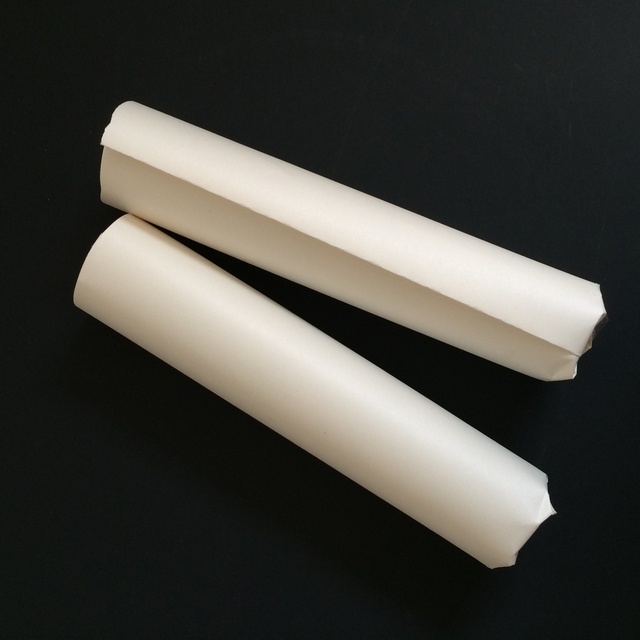 Next make some felt roses. Basically you cut out a swirly yet curved circle as such and then roll it up and glue the middle part to the rolled up part with a glue gun.

I did a full tutorial on how to make rosettes in my rosette tea set. Same process applies just with this shape instead. 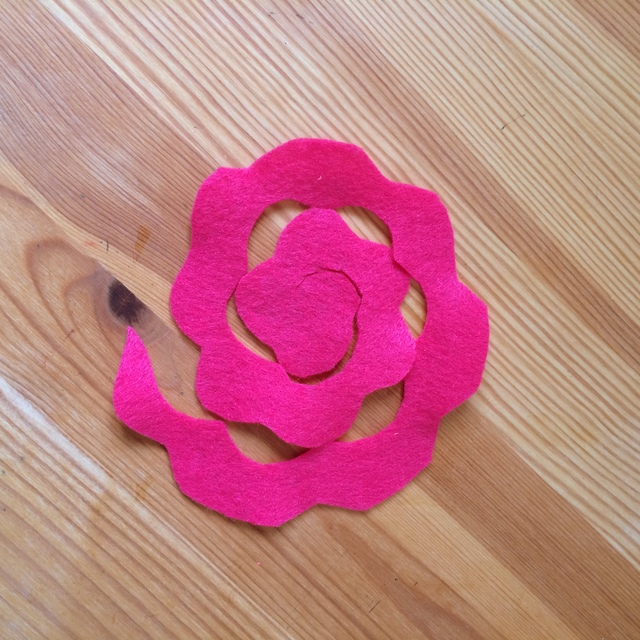 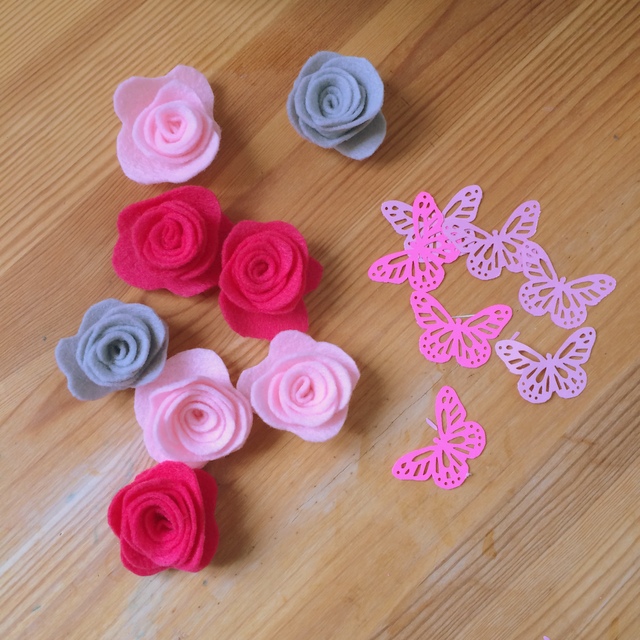 Then I got some yarn and wrapped the top of the bottle. Afterwards I used my glue gun to glue the felt roses and butterflies to the yarn.

Important tip – Make sure you use your hands to pat down and scrunch the paper around the neck of the bottle first before you wrap the neck with yarn. Don’t try and wrap the yarn around it and use the  yarn to tighten the paper, as that may cause your paper to rip. 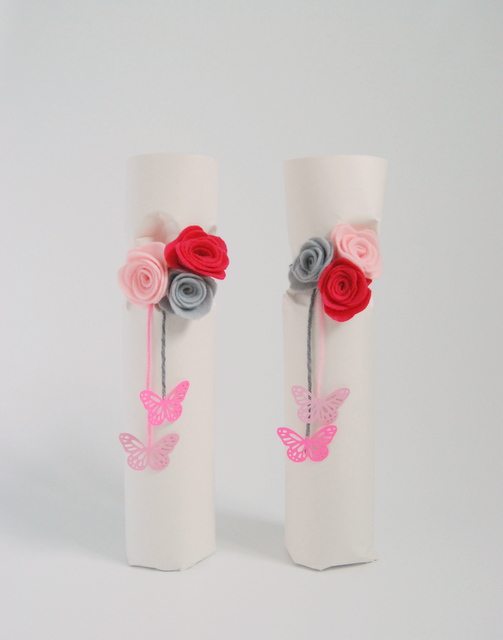 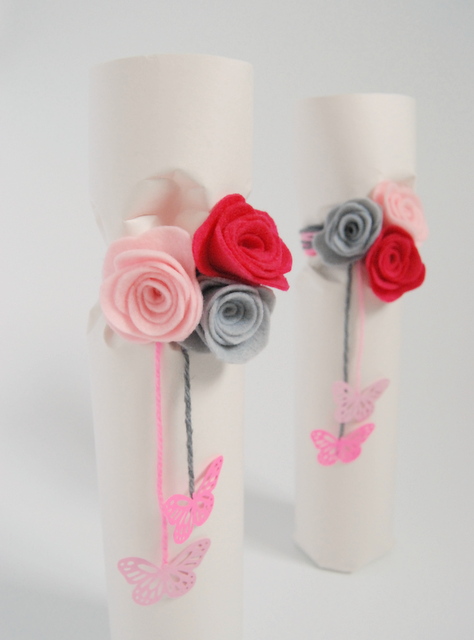 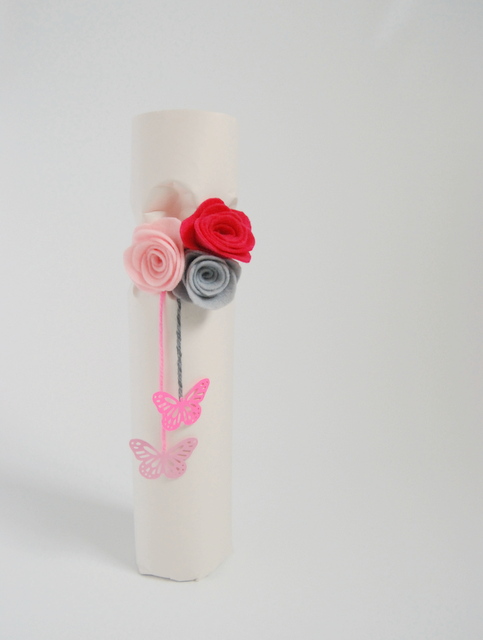 See? Now next time you’re at IKEA, remember to drop by the kids section and get some art easel paper.

Wine not included (though they do serve it in the cafeteria…) 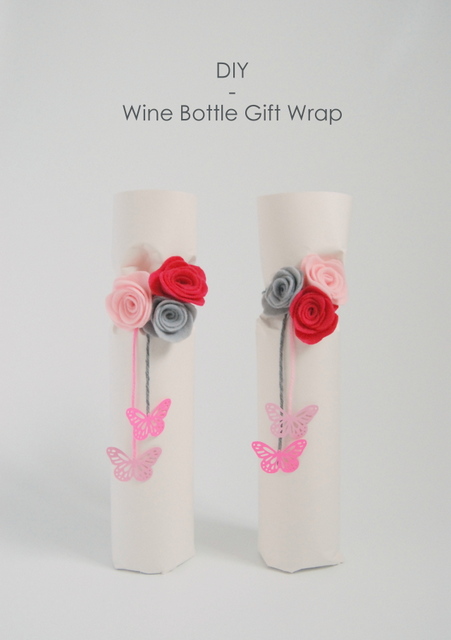