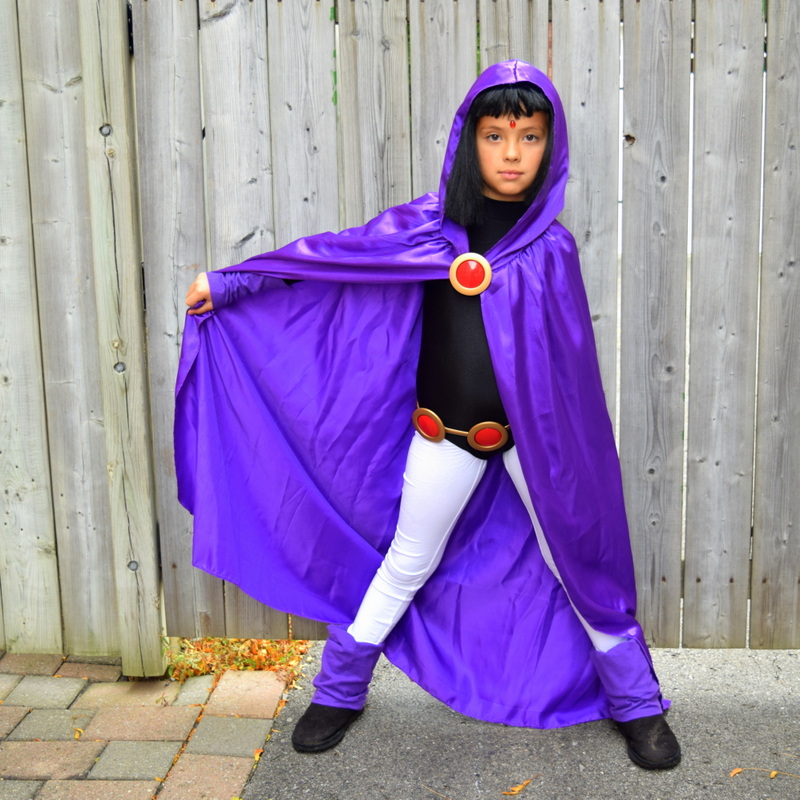 For a woman who loves Star Wars, superhero movies and comic books, I hang my head in shame at not having a clue what or who Teen Titans were, up until this past year. Because this past year our 7 year old a.k.a. the reason Netflix exists in our house, has watched every episode of Teen Titans GO on repeat, seven days a week.

She originally wanted to be Mavis from Hotel Transylvania for Halloween this year, but once Teen Titans showed up on our TV, it was  “Raven, Raven, Mom I want to be Raven!” She’s apparently a half demon, half human. How fitting for our daughter whose heroes are Harley Quinn and Darth Vader, who she went as for Halloween 2 years ago…in pink. Though I should be grateful we’ve stopped watching Zootopia on a loop. That was last years costume, Ms. Judy Hopps.

I say this a lot but in the history of my kids and their Halloween costumes, they can’t ever seem to pick something that is available to buy in stores. I blame myself for setting this standard, starting with the Evil Queen from Snow White over 6 years ago. So without further ado, here is how we made our Raven Teen Titans costume.

A couple of things to note about the above items. The Speerise leotard, while great, runs reallllllllly small. I ordered a Medium based on their measurements and the sleeves do not go all the way to my 7 years old’s arms. She’s an average height 7 year old. Size up at least one size (at minimum). The purple cape is a women’s Small. The leggings I bought at Old Navy but in case you can’t find white anywhere this time of year, Amazon has lots. These particular Grommets I bought at Fabricland. Their interior diameter is meant to correspond with the exterior diameter of the Googly eyes. This will make sense in about a minute.

The belt is by far the trickiest part of the costume. I have seen some amazing tutorials from Cosplayers and parents on how to make the gems for the belt using resin and even clay. Here are several really great ones if you’d like to go that route:

Originally I was just going to buy gems off of Amazon but in the history of Amazon.ca, half the items I need are not available on Amazon.ca vs Amazon.com. Leaving me no option other than to figure out a plan B. As much as I love the look of the resin, I just didn’t have the time or inclination to do them that way. I wanted something quicker and easier. It’s kind of shocking however,  how hard is to find flat round gem stones anywhere.

Then I came across these. 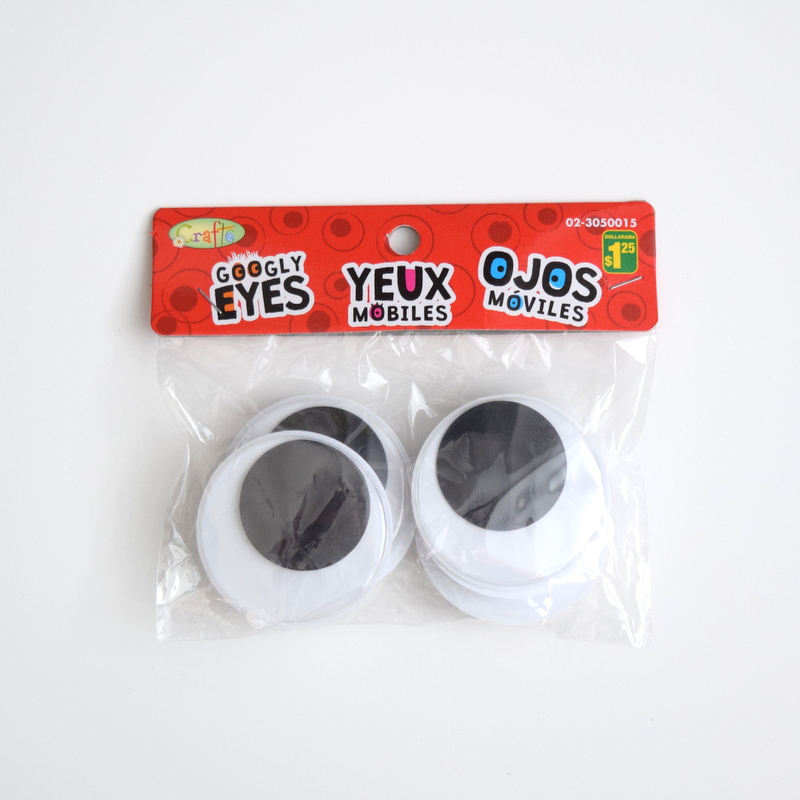 If you’ve ever seen my upcycled embroidery hoop planter, it should give you an idea into how my creative brain works. These were perfect for my “gemstones”. All they needed was red spray paint. And it went like this.

1) Spray painted the grommets and the belt gold. 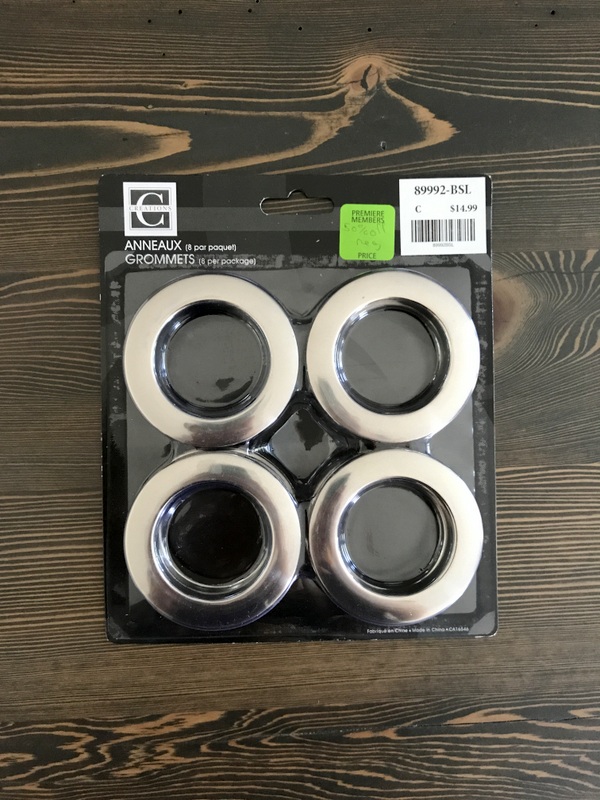 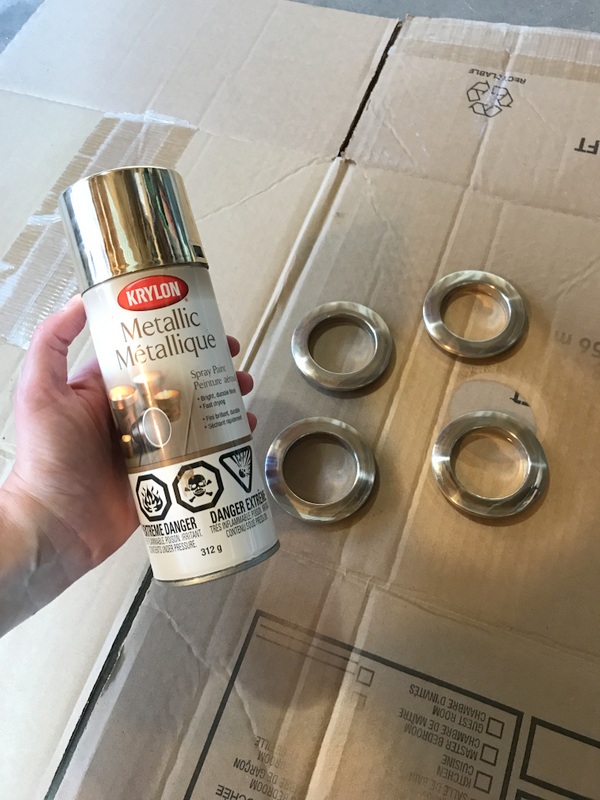 3) Inserted the googly eyes into the grommets. No glue needed. Just push them in and they will fit snug and securely. This is why it’s imporant to MEASURE THE INNER DIAMETER of your grommet as well as the EXTERIOR DIAMETER OF YOUR GOOGLY EYES, when you are buying the items to fit together. You may not come across the same size googly eyes as me. My googly eyes were just under 2 inches in diameter. So measure, measure and measure. 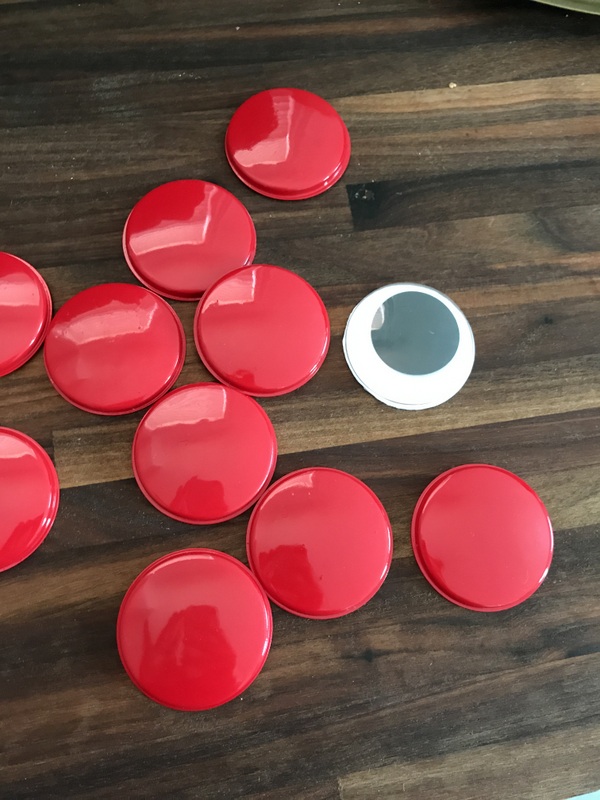 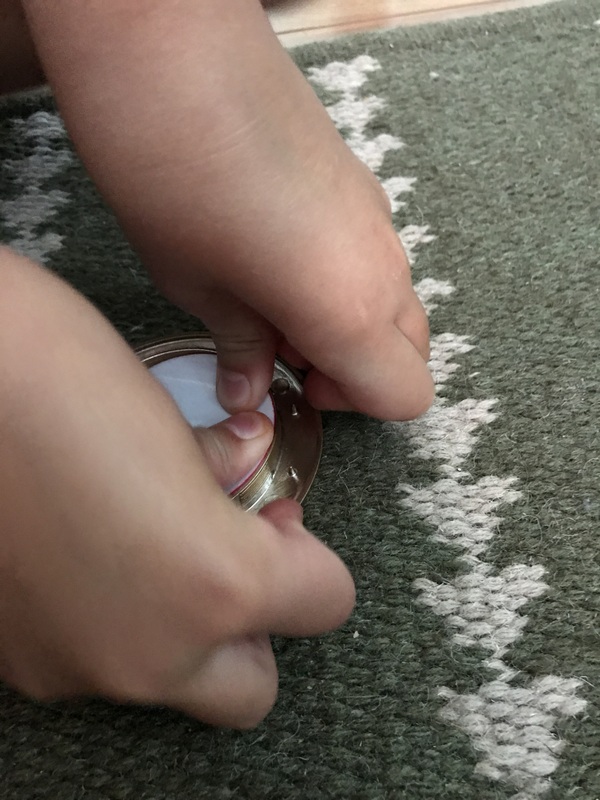 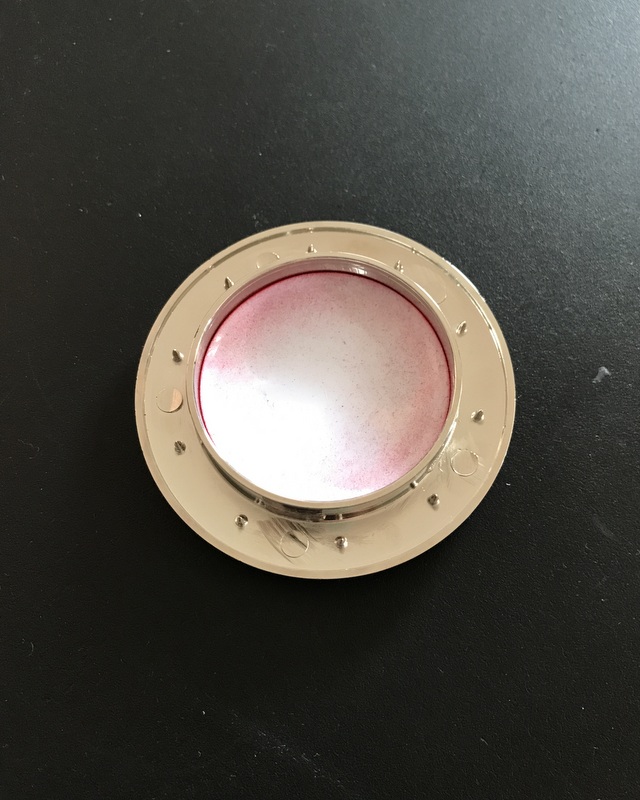 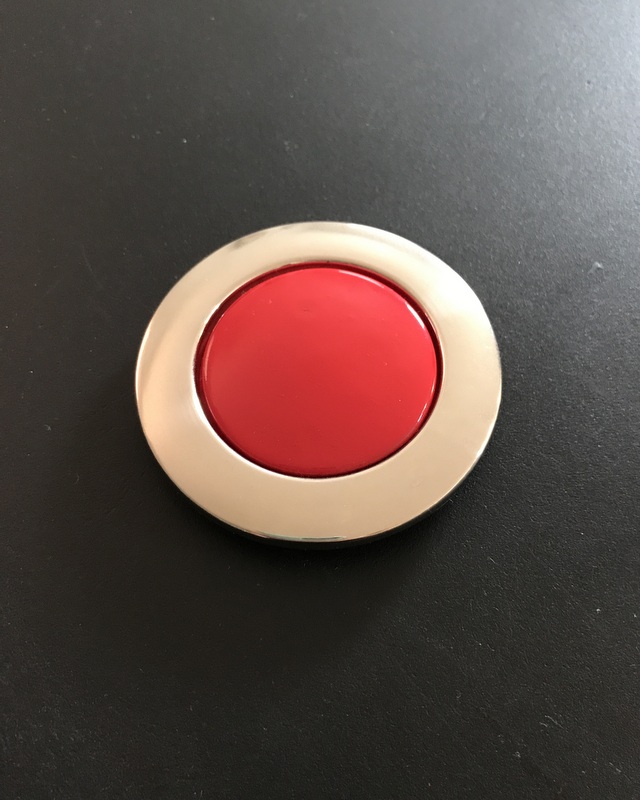 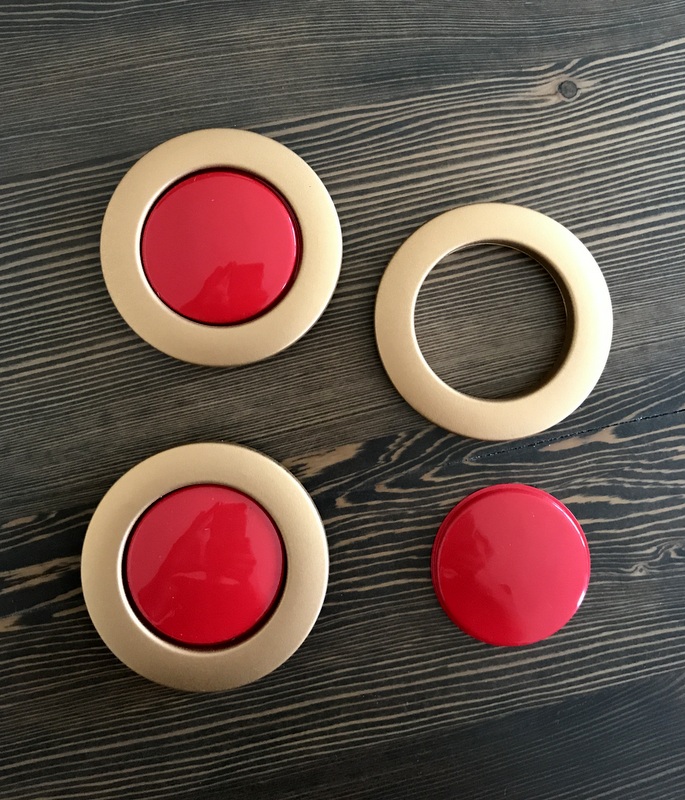 4) Glued the gem stones onto the belt using a glue gun, ribbon and anything else I could think of to make it hold them in place. The adhesive safety pin is for the brooch at the top of the cape. The “front” clasp of the belt is now the “back side of the belt”. 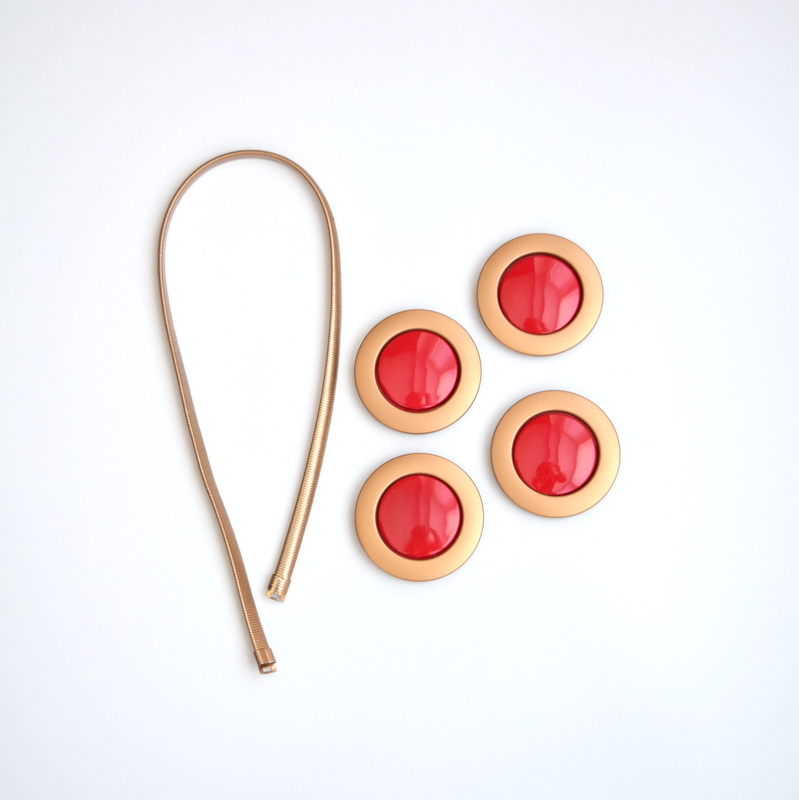 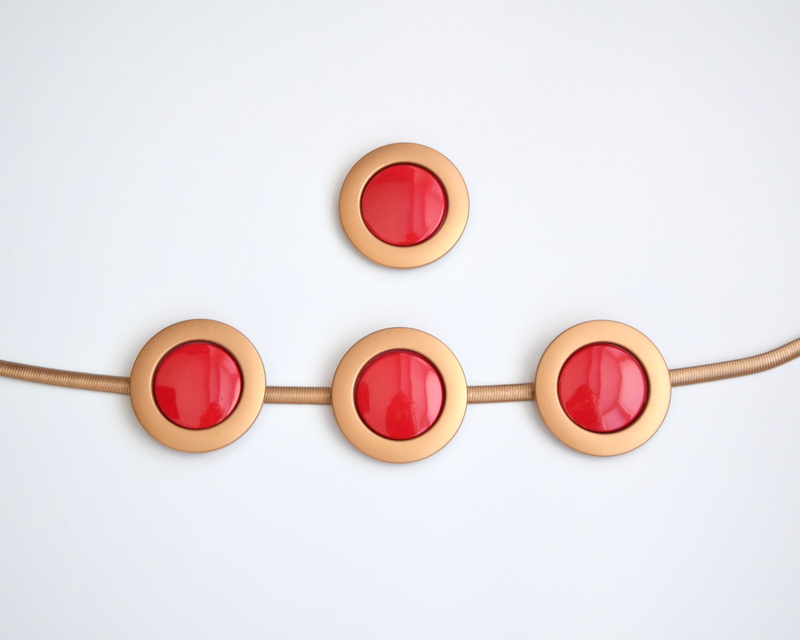 I had ordered some leg warmers to use as wrist cuffs and Raven’s purple/black boots to go over a pair of my daughters black boots. Sadly they were the wrong colour purple and did not match the cape at all. So I took the cape to the store and bought some purple flannel that matched it to a tee and using my glue gun and a pair of scissors, I sat down on my office floor and put them together.

Trust me, there is no Martha Stewart here with her sewing machine making works of art. If I can do this, you can do this. I literally wrapped the felt around her boots and cut freely and glued them together. Same with the wrist cuffs. 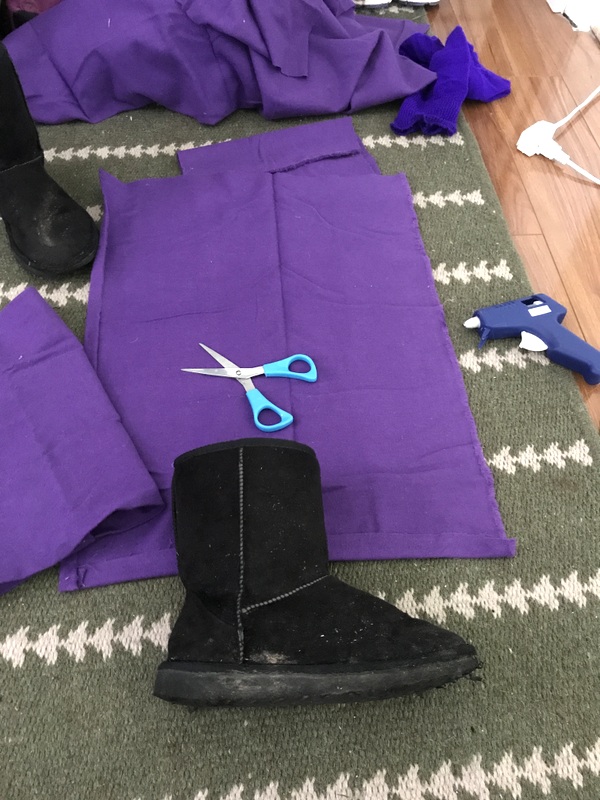 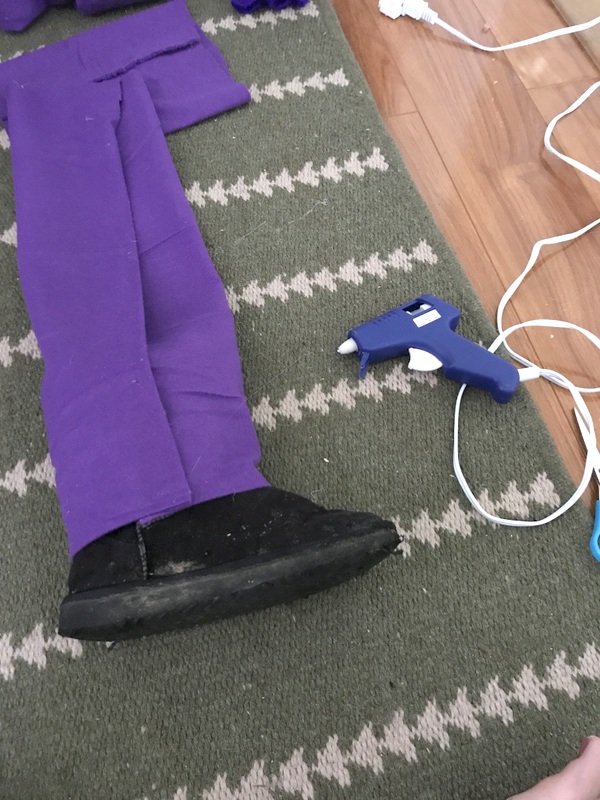 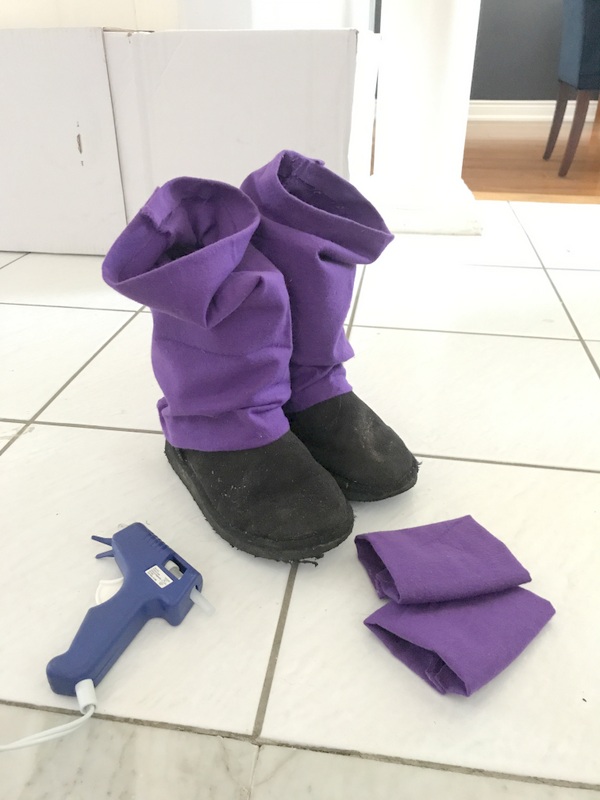 And we have ourselves a pretty cool little Raven from Teen Titans Costume. 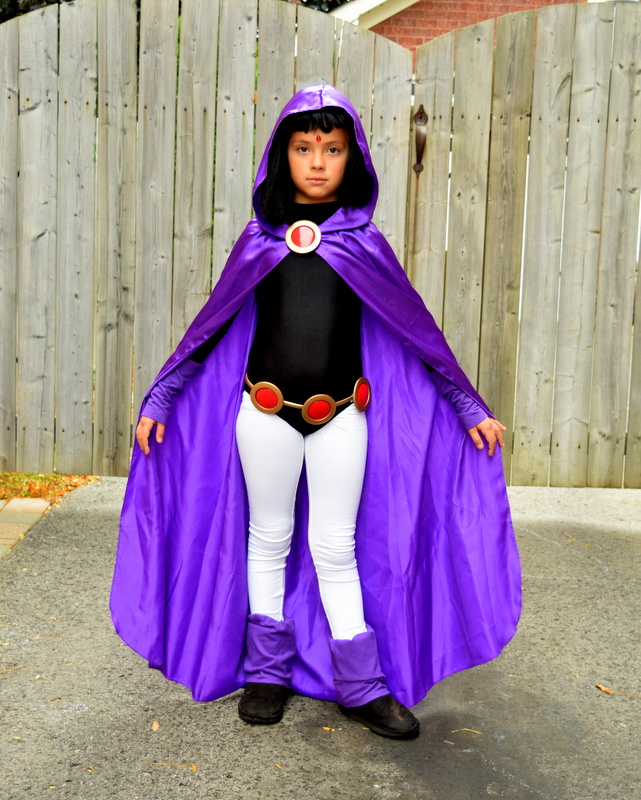 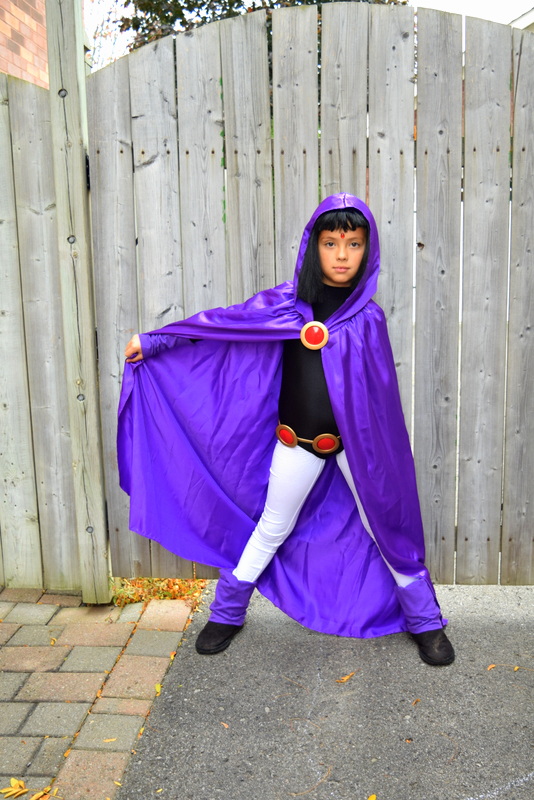 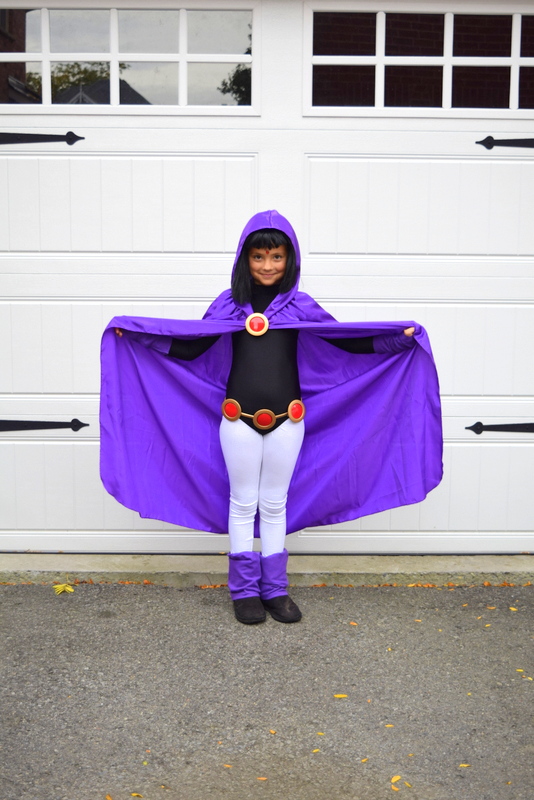 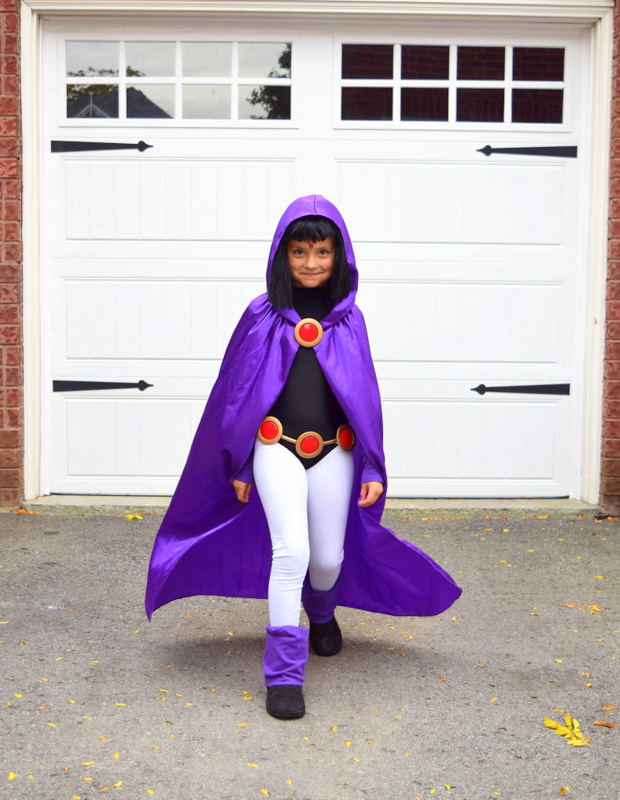 The top brooch we just used a safety pin glued to the back of one of the “gemstones” and pinned the cape together (I cut off the ties around the neck). 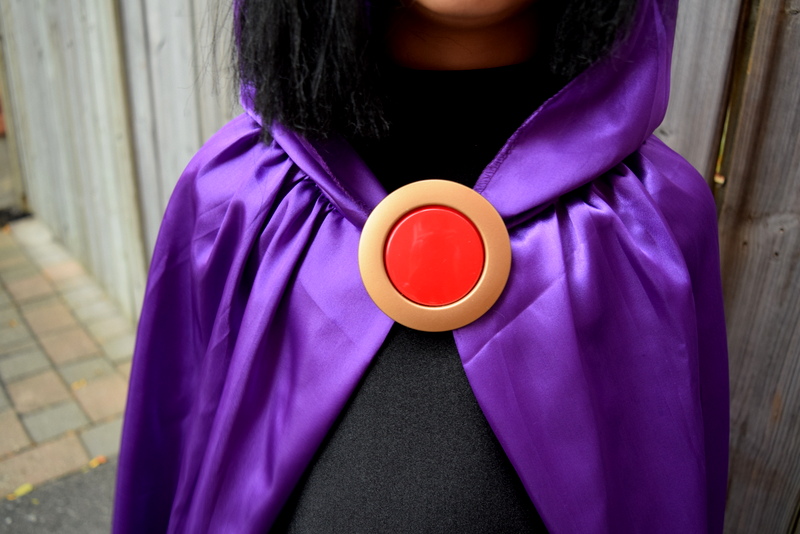 Raven got the giggles during our photoshoot. 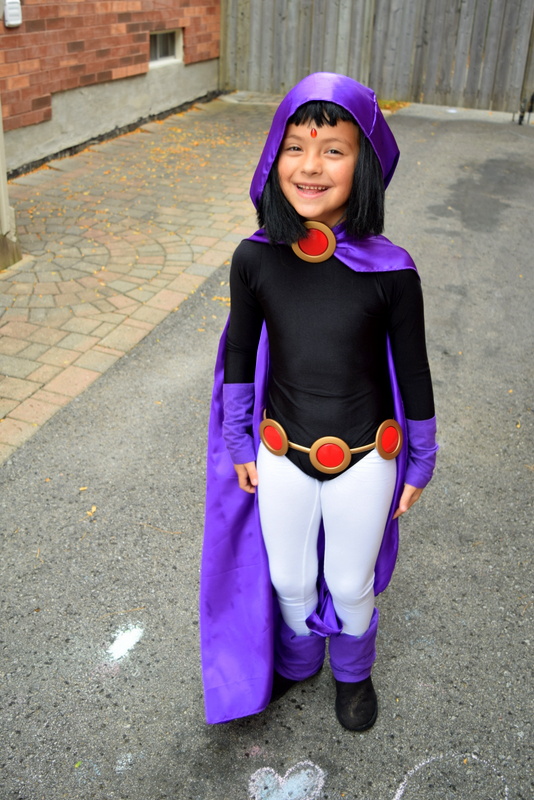 And then promptly went back to her demon face. Happy costume making! 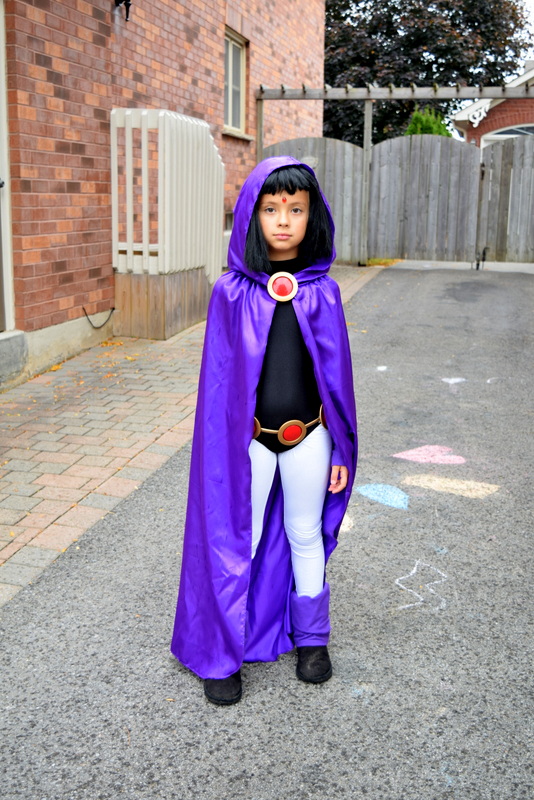 For more Halloween costume ideas and crafts, feel free to visit my