For all the Star Wars fans 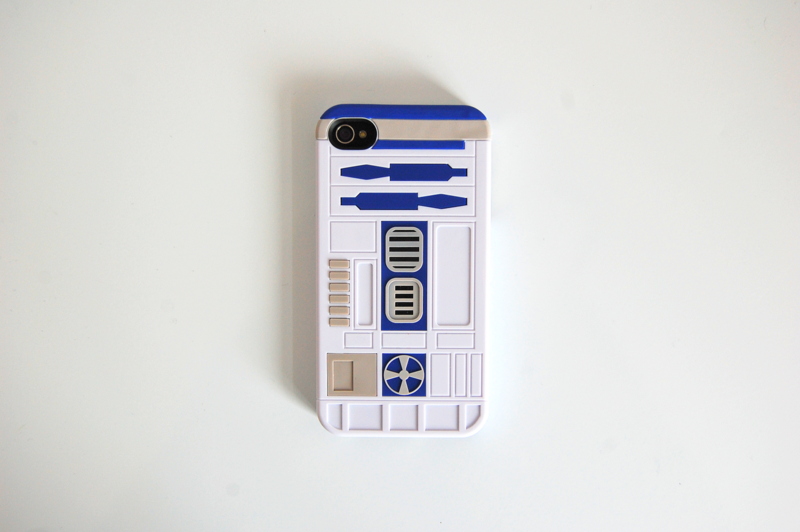 Just in case you’ve never checked my About Page, I am a complete Star Wars nerd. When I was a child I had a ton of Star Wars toys. Figurines. Books. I was obsessed. Never mind Barbie, I wanted the Millenium Falcon toy.

I am also very behind in this iPhone thing. That is, I was a Blackberry user for a decade until last Fall. So suddenly the personalized cell phone case issue took on a whole other level. How do the two tie in together?

Well, one day my James and I were watching How I Met Your Mother and it was an episode where Ted was looking for a sign that the girl he was dating was “the one” – which is pretty much every single episode. Then his date pulled out a cell phone that had an R2D2 case and I nearly lost my mind. Don’t make fun of me for being a bad fan and not knowing these existed. Told you, a decade of being a Blackberry user. We didn’t have this stuff. At least not for my phone model.

So James being the awesome husband that he is, ordered it for me as a surprise.

You no idea how much I love this phone case. It makes me smile every single day. Just in case you want one for yourself, it’s made by PowerA and you can find it here.

Coming in a close second are these vintage Star Wars books I found at the thrift stores last month. 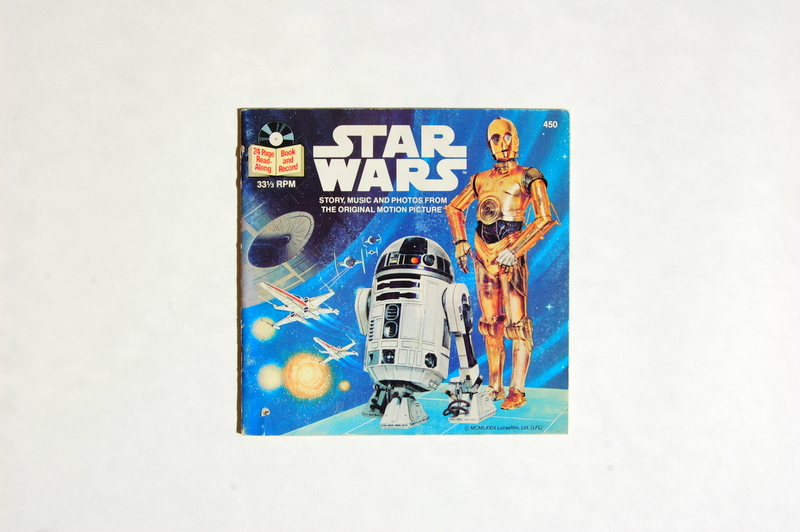 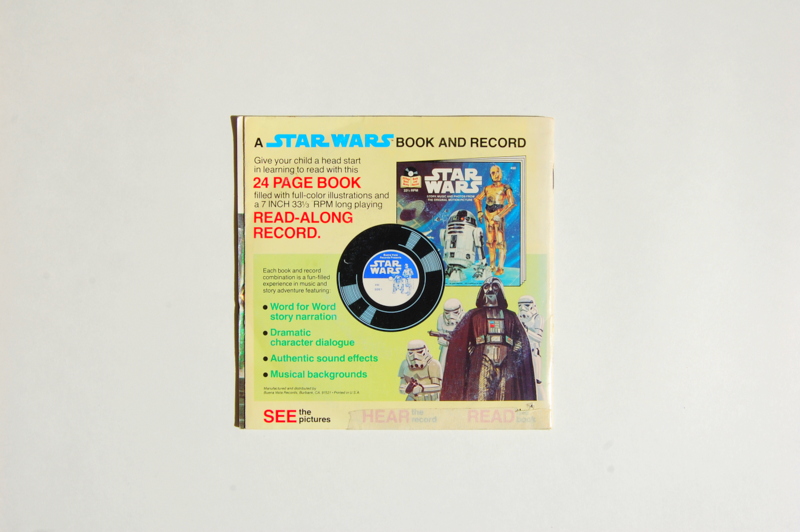 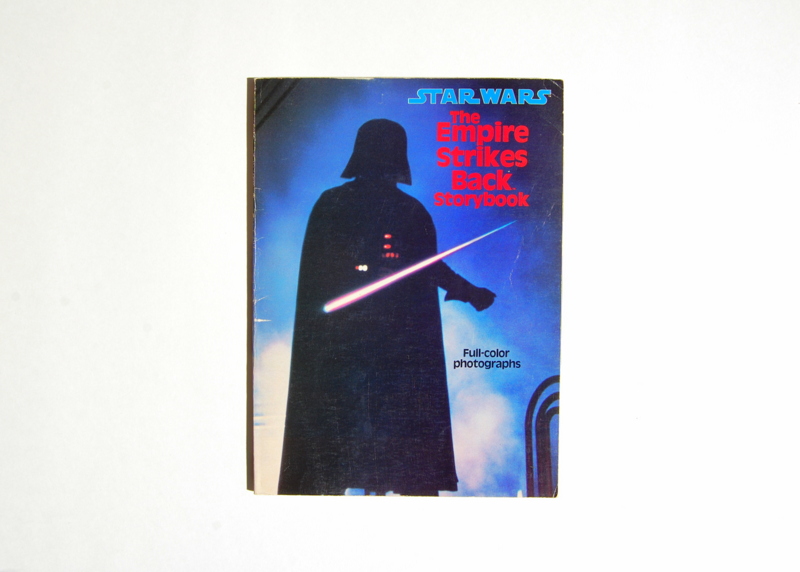 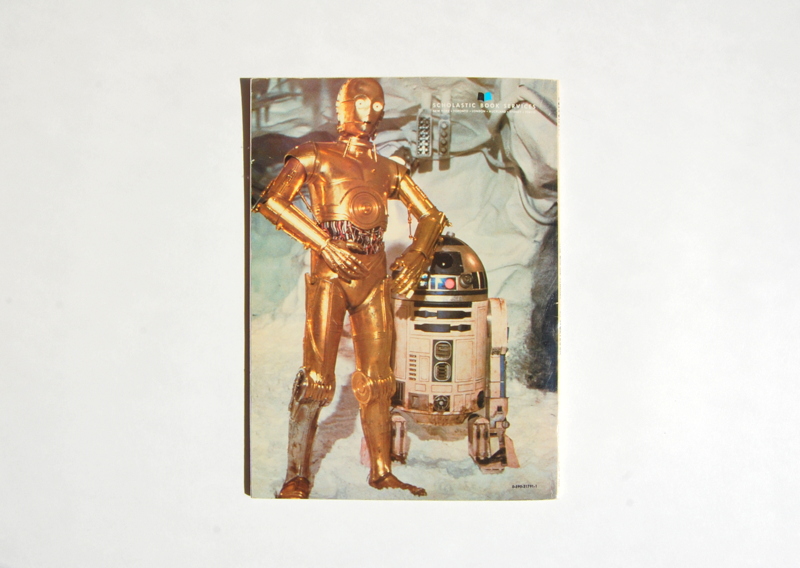 Whenever I come across Star Wars memorabilia in thrift stores I often wonder if they’re donated by people like my mom, who gave away these exact books that I had as a child, plus the collectors edition of Return of the Jedi not realizing their value (yes they’re out of the package, I am talking emotional not necessarily financial). I won’t even get into how many Star Wars figurines of mine are probably hanging out in a recycling bin now melted into something else. Toy Story 3 nightmare come to life.

If you don’t believe my fanaticism, here is me as Princess Leia circa age 6 for Halloween. Homemade costume and wig. 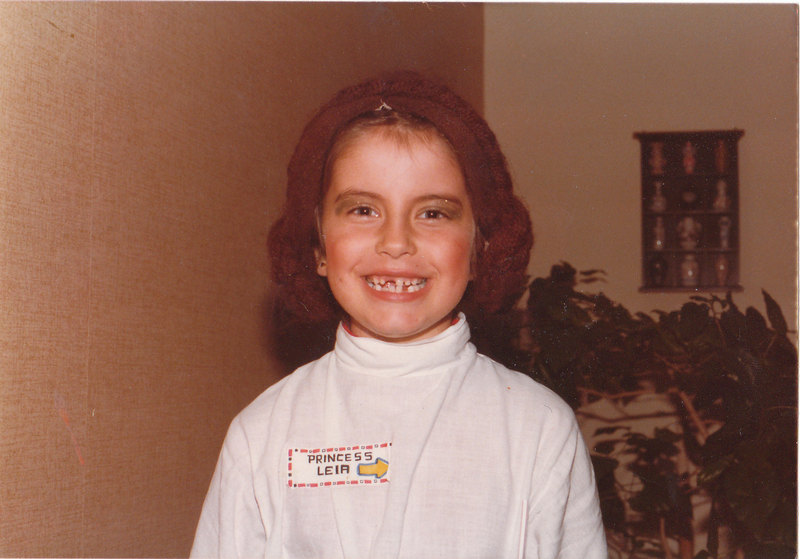 Never mind, did you notice that kick ass tweed fabric 80’s wallpaper behind me on my parents wall? Had I known then what I know now, I’d have asked them to save a lot more than just my Star Wars stuff.