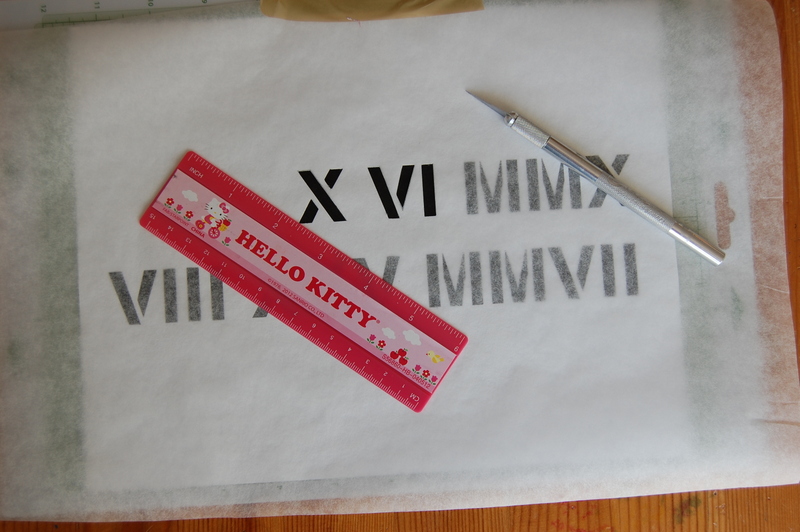 Even though I pin stuff for myself and share other pretty photos with other pinners, most of them are of unrealistic things that will most likely never be a part of our home decor/work for our lifestyle in our home/own in our home until our kids move out. I like looking at these inspiring photos but make no mistake the probability of me, for example, having a gorgeous front entry way with the beam board white walls and wooden bench remain that clean and pristine looking after one Canadian winter is completely absurd and the reason contractors and BEHR stay in business.

Our tiny tiled square entry way is approximately two steps and then you’re standing on our main floor. During winter that little pocket of 6 feet x 6 feet of tiles has several shoe racks, snowsuits, winter coats, hats, mittens, scarves, wet socks drying on vent and the false hope the snow doesn’t pool into a well before it melts and attempts to seep towards our hardwood floors (which for the record installing engineered hardwood was the stupidest decision we have ever made for our home for a variety of reasons). Oh and usually all of us walk into the house at the same time.

This is why my husband just spent this past month building desperately needed front closet storage. It’s literally a survival thing for our sanity getting out the door to school on time. So every time I show him my Pinterest account with all the pretty little shots of the white wall spaces with perfectly staged antiqued wood benches with two coats and a bag hung on a vintage rack along with the manditory pair of Hunter boots on the non-existent floor mat (we have 4 floor mats during winter in the front entry way), he looks at me and goes “Really? How long do you think that’s going to last in our house? Stop looking at impractical photos.”

Damn the voice of reason.

And that’s just the Home Decor section of Pinterest.

The DIY & Crafts section of Pinterest however, has probably created an epidemic in it’s ability to cause the average sane person to think they can be the next Martha Stewart. And there’s a lot of women who probably can. Are they the majority? Not a chance in hell. That one pin that you came across that’s been pinned say 1564 times could be the one craft that that blogger has done that entire year and done to perfection. And yet because most people do not click on the link from the photo in Pinterest that contains that craft (especially if all the instructions are written underneath the photo), they will never know that maybe there were 50 other crafts that didn’t work and they will compare their work at home to that and say “Oh, if she can do it and make it easily I totally can”. Let me just get the ‘get out of jail free card’ out of the way right now and state I am fully aware that for the record having pinned various crafts I’ve done on here myself, I contribute to this. Guilty as charged.

All of these Pinterest experiments of sorts have spawned a whole other entity. Craft Fails and Pinterest Fails. I’ve talked about my love for CraftFail because it shows a lot of peoples craft attempts gone wrong. We all secretly feel better when we see them because everyone has had them. Don’t even pretend like you don’t know what I’m talking about. It’s not about celebrating in other peoples mishaps gone wrong, it’s about celebrating that there’s someone out there just like us. By us I mean me. Because for every great project that works out, there’s a whole bunch of others that you stare at and go “What the fresh hell was I thinking?”

So when my friend Erika emailed me this link to the article 17 Pinterest Fails, I swear by the time I got to the end of it I was in tears. That led me to the sites Epic Pinterest Fail and Pinstrosity where I thought where have you been all this year? It finally made me realize me sharing this epic fail was far beyond overdue. It’s almost as bad as the Rainbow Party birthday cake disaster only with the cake I could salvage that. This. This just was like a never ending craft fail.

I had tried to make my husband an Anniversary present back in September. I thought how nice it would be to make him a painted t-shirt with our kids birthdays on them in roman numerals as I had been seeing a lot of DIY stenciled t-shirts on Pinterest and various blogs. So I thought I’d take a crack at it.

Here’s how it went.

Trace out stencils on parchment paper thinking it would just as good of a job as a freezer paper stencil. I cannot for the life of me find freezer paper in our pocket of the woods in Canada. 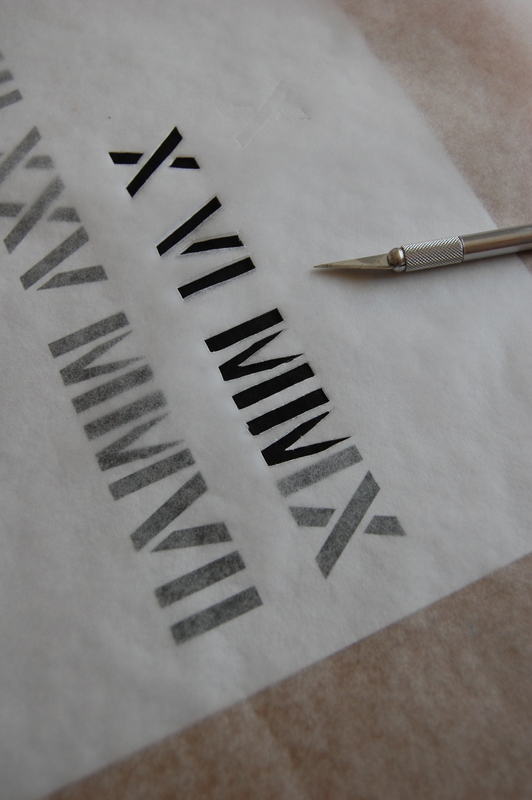 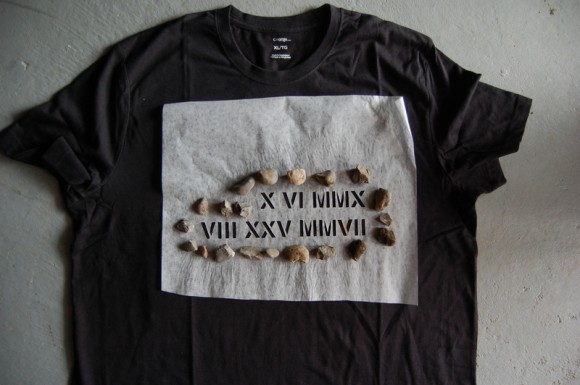 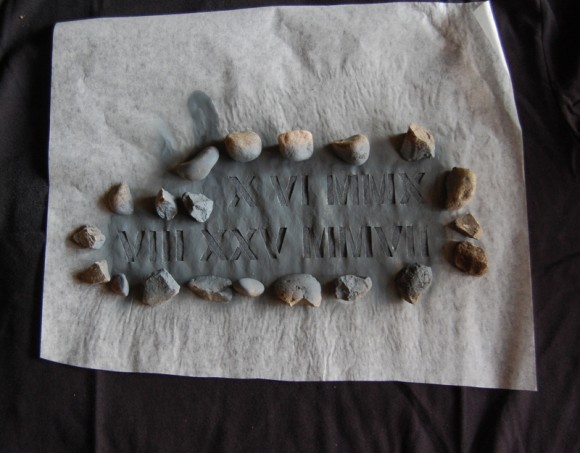 Use actual stencils to attempt to paint on a new t-shirt vs the super dumb move of using parchment paper. Test out the stencils on the ruined shirt first to ensure this can be done. 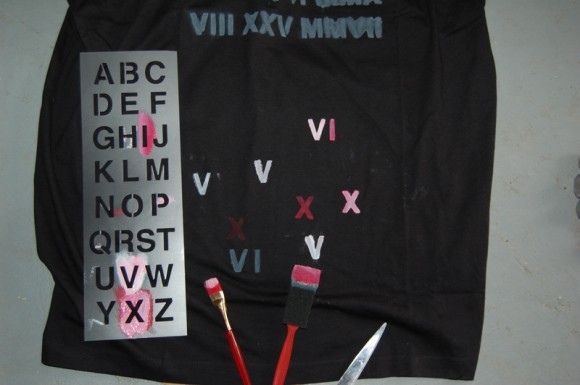 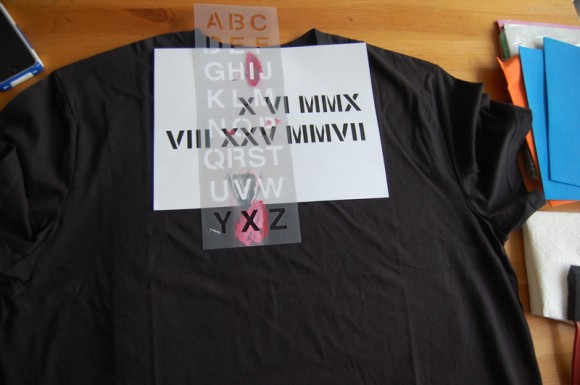 Have paint bleed through anyway. FAIL before I even started again with just the first letter.

Re-do stencil. Buy a can of Elmer’s Craft Bond Spray Adhesive to help the stencil stick to the t-shirt and not let the paint bleed through. The adhesive works so that it can be a permanent bond or a temporary bond based on when you adhere/join the item sprayed with the adhesive. Instructions per the bottle are as follows.

– For a temporary bond, spray a light coat and allow to dry for 3-5 minutes before joining.

– For permanent bonds, join surfaces within 15 seconds while adhesive is still tacky.

I even did a test patch with the paper and the spray on the previous t-shirt to ensure this would work as a temporary bond spray. It did. So I went ahead and used it on the big final stencil. 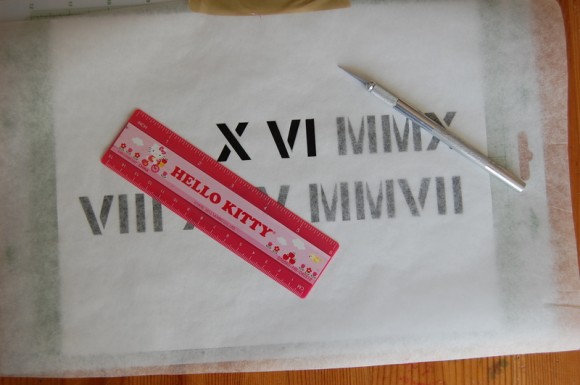 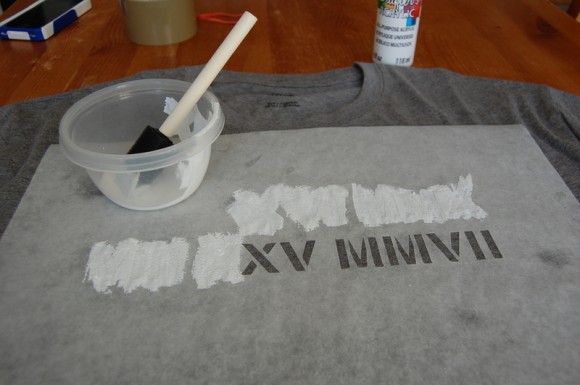 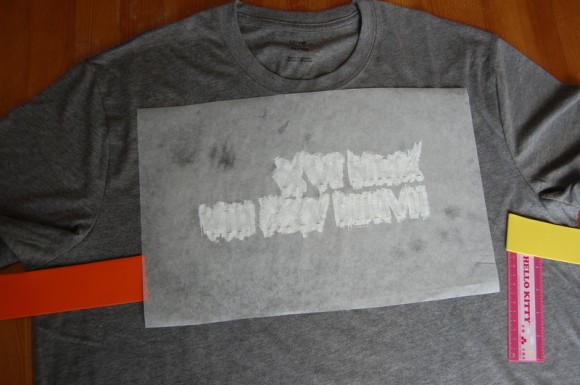 All looked hopeful and positive.

Then I peeled off the stencil.

The spray adhesive that I tested out first and whose instructions I followed for a temporary bond turned permanent instead. All the glue stayed on the shirt. I couldn’t scrub it off or peel it off whatsoever. 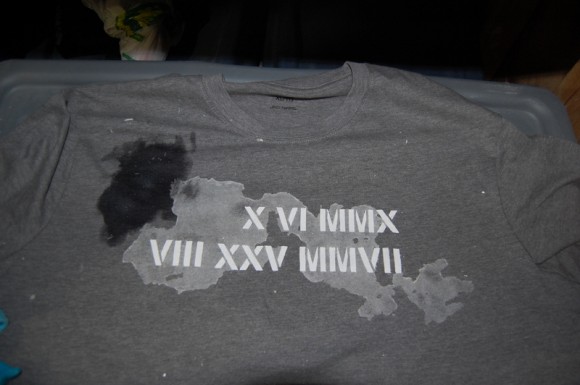 If you’re keeping score, that’s three wasted t-shirts, a newly purchased can of spray adhesive, two very time consuming stencils cut out and my pride destroyed. For that money spent on that attempted DIY, I could have custom ordered a t-shirt in a laser print store online somewhere and gotten a matching toque. I cried. No really I did. Because this was not the moment I needed a craft to fail.

I made him what I do best which was a card with some stamped washers for a keychain. 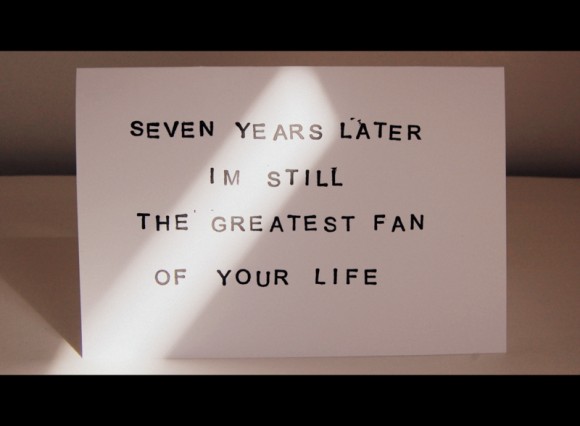 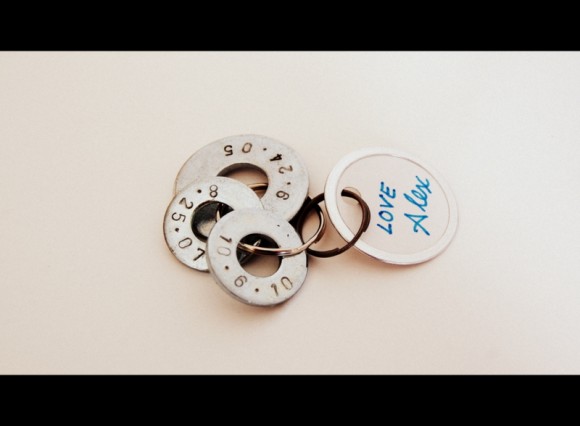 Next time, if there is a next time I try this, I am using contact paper. Or having someone on ETSY to do one for me.

In the meantime, when your next craft project winds up as a Pinterest Fail Candidate, just remember… 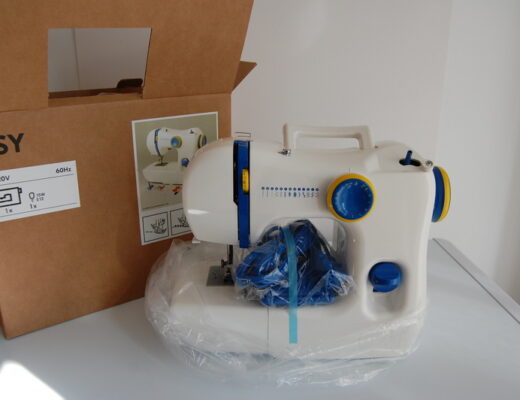 I went to IKEA and left with a sewing machine 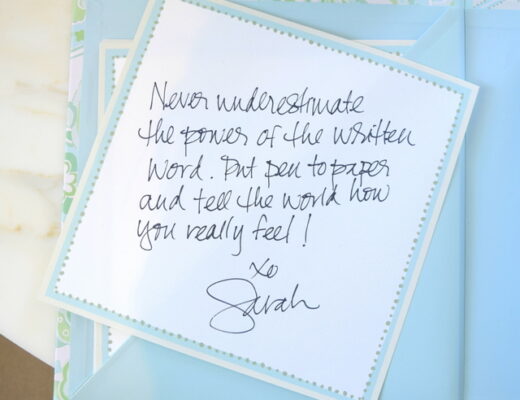 One on one with Designer Sarah Richardson 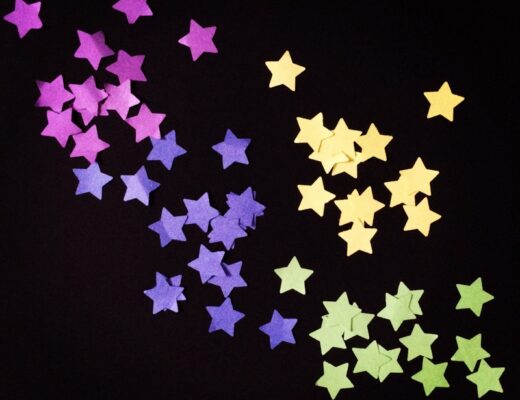