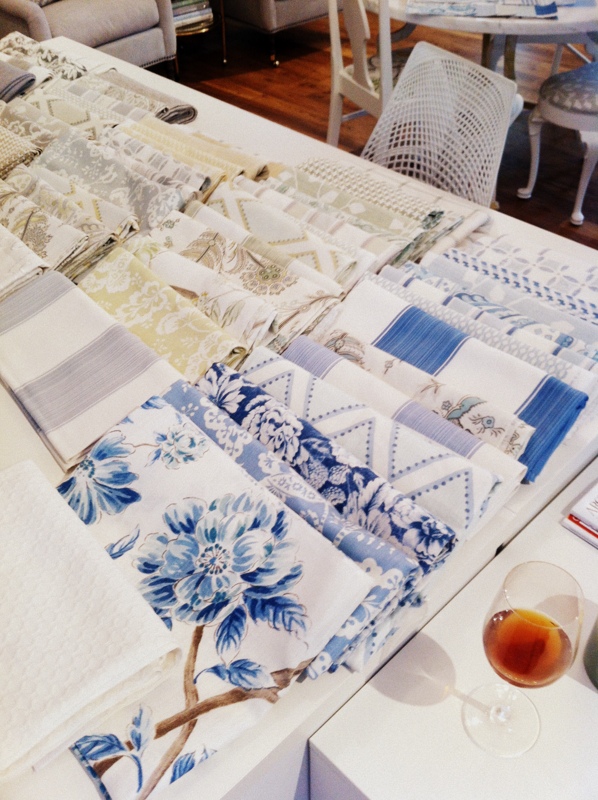 I’m supposed to write this post telling you how breathtaking Designer Sarah Richardson’s studio and office is. 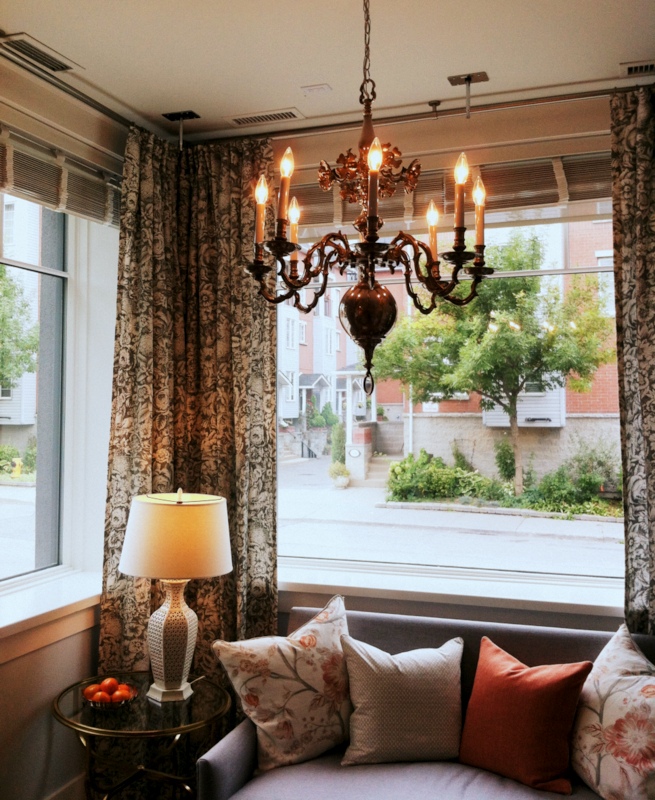 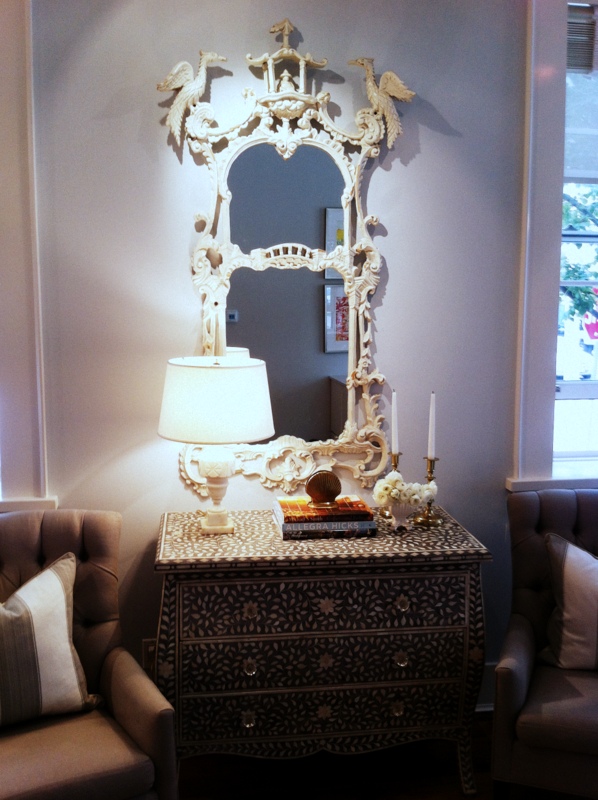 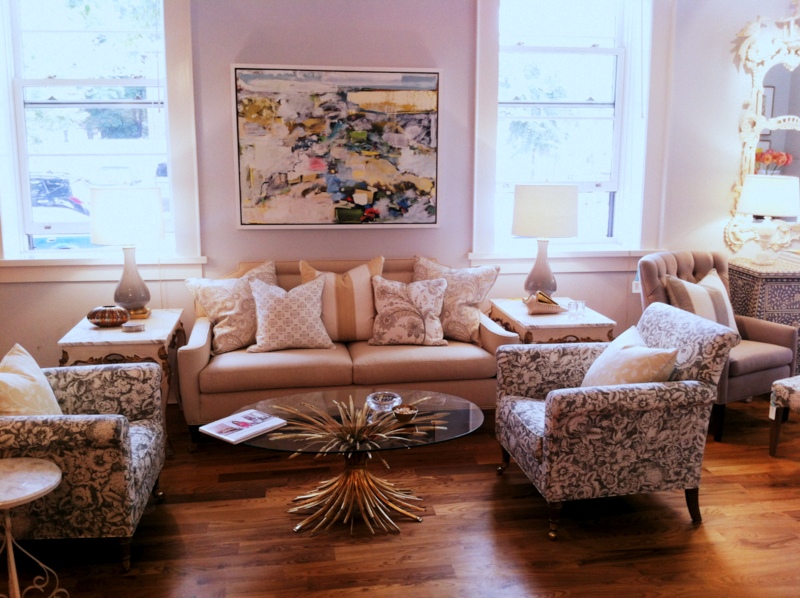 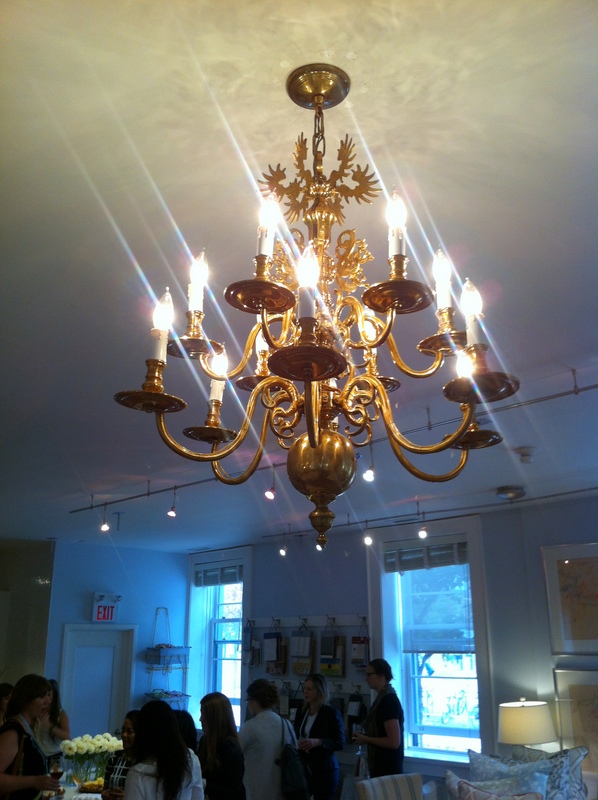 I am supposed to write about her amazing new fabric line from Kravet and how every detail of the furniture and decor in the room blew our minds and was reminiscent of something a modern day Cinderella would choose to decorate her home with.

I am supposed to tell you about how amazing and generous her team was to a group of lucky BlogPodium bloggers who descended upon her office on a late Friday afternoon, at a time where I am sure a lot of them would have loved to take off for the day and enjoy their weekend. But they didn’t and instead we got to hang out, chat, eat and drink some heavenly tea from Pluck Tea which took me back to our New Orleans trip this summer. Thank you Jennifer and Kaley! 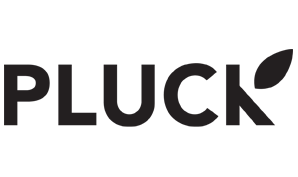 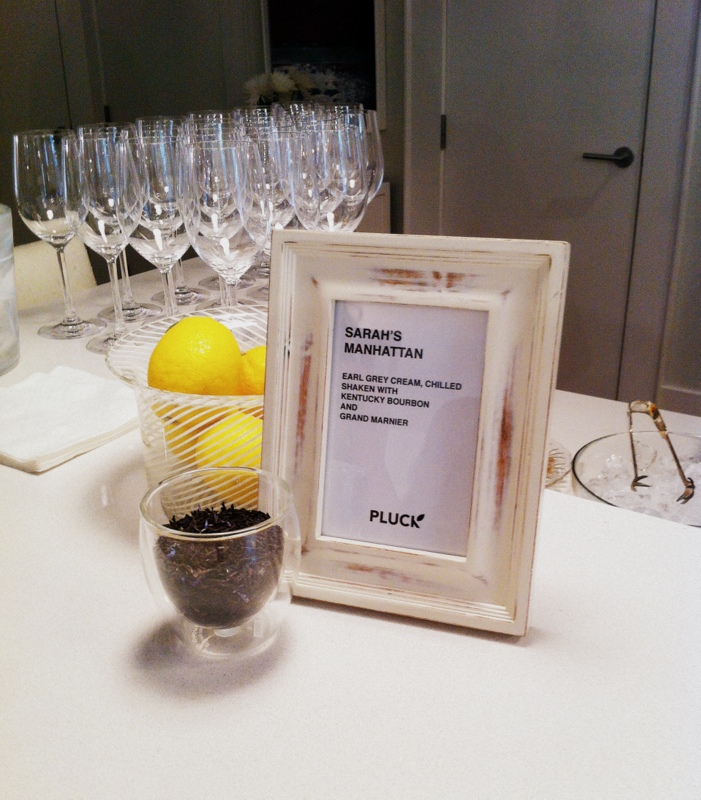 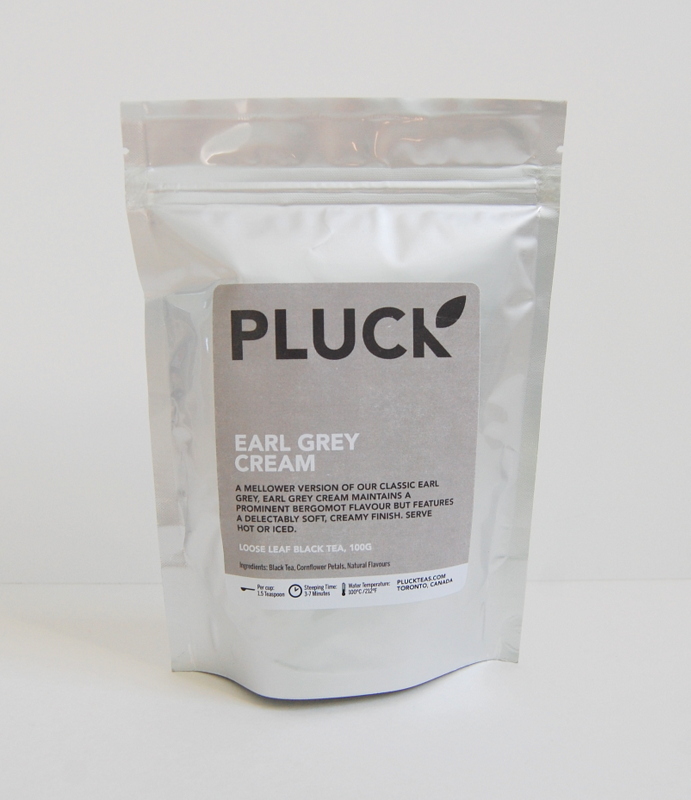 But what I really want to talk about is something a little bit different. Something surprising that caught my attention.

If you watch HGTV, Designer Sarah Richardson needs no introduction. In fact I’d bet if someone put a magazine in front of you and asked to pick her designs from several random photos you would easily be able to do so due to Sarah’s signature style. Bright, cheerful with a bit timeless vintage charm. I still have visions of the farmhouse kitchen she re-did on her show where she renovated her family holiday home. It was full of yellow accents, I loved every piece of it and I don’t even like the colour yellow. Just in case you want a refresher it’s over at House and Home.

So what did I notice as I was standing there in this beautiful space that surrounded me? 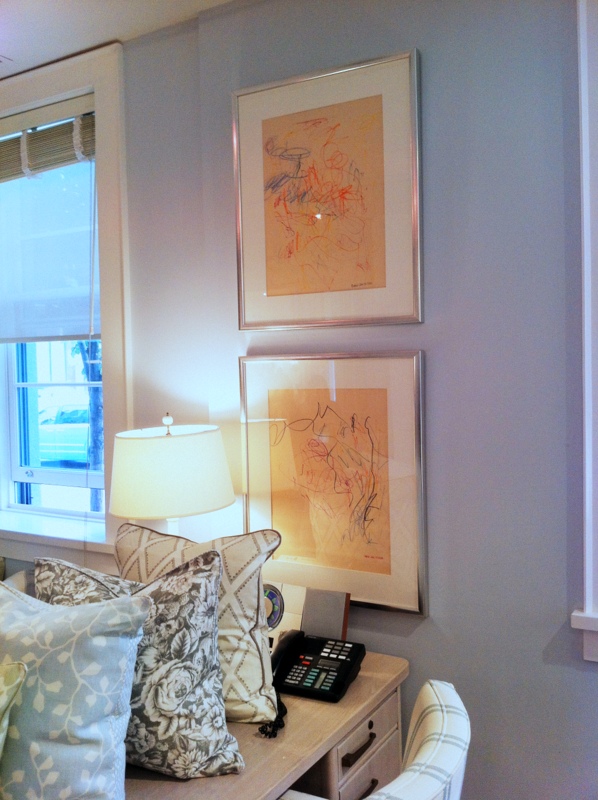 In the middle, if not one of the best focal points on the main wall of the office, was a giant framed picture that her daughter had drawn when she was younger. Why would I notice this? Because it reminded me so much of one I had framed on my own walls that my own daughter drew when she was younger. I didn’t have money for art work and I thought what better way to encourage her creativity by telling her how much I loved her work by hanging it up in our home. 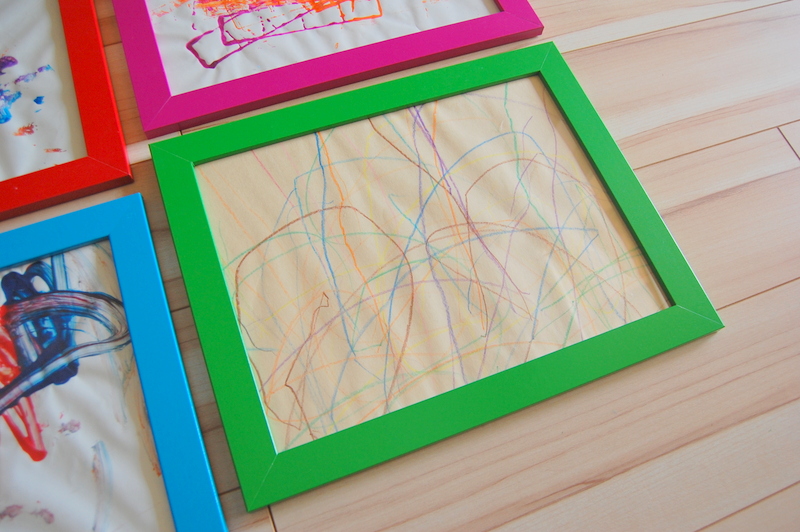 In that one simple moment, I saw Sarah as a mom and not as a designer. For anyone of her notoriety to take a huge space in a studio where she could just as easily have put a very prominent piece of furniture or art to entice a client, she chose to showcase her daughters early art work instead. That to me spoke volumes about her character outside of the TV persona that we all have grown to love. As well as the fact that her long time publicist Deb McCain let us know that she had just been in New York that morning to give a speech and had flown back to Toronto to basically have tea and entertain us. I don’t know about you, but I know how I am after a flight and again did I mention it was late Friday afternoon?

Maybe I see this as significant because of my background. In a past life before I became a stay at home mom several years ago, I had worked in television since I was 18 years old. And during those years I had worked with a great deal of hosts and celebrities. And if there is one big thing I had learned in that time is something that can be expressed in a quote by Actor Will Smith when he said “Money and Success don’t change people, they merely amplify what is already there.” I have seen friends and coworkers rise to fame and still talk to me years later as if they were the same person I was having a beer with a decade ago. I have also seen others rise to fame then walk by me in a hallway and mutter an uncomfortable hello as if I was a stranger.

How you are as a person in public is often dictated by how you are behind closed doors. In the sense that no one can keep a facade up forever. So when you don’t have a facade, that tends to shine through with genuine acts that you do when people aren’t looking. Like understanding the importance of not only showing your kids how much you love and appreciate them by putting their work on display at your place of business, but so that it can remind you of what matters at the end of a busy workday. Isn’t that why we ourselves have photos of our families and our kids art on our desks at work? Because ultimately that’s who we go home to. That’s who we spend our precious short weekends with. That’s who if you stripped it all down, would be the ones there for you if it was all taken away tomorrow. It doesn’t mean you don’t love your job, it just means another extension of your life that you should never take for granted.

And that is what got to me. More so than all of the beautiful and stunning (and I do mean stunning – please do not underestimate how stunning her studio is) pieces available all around us. I mean aside from the great company that I was in (I’m in the back left of the group shot) and the sheer fact that Sarah took the time to talk to each and every single person in that room about any question they had (mine was about where she goes for her favourite second hand finds). Photo ops included. 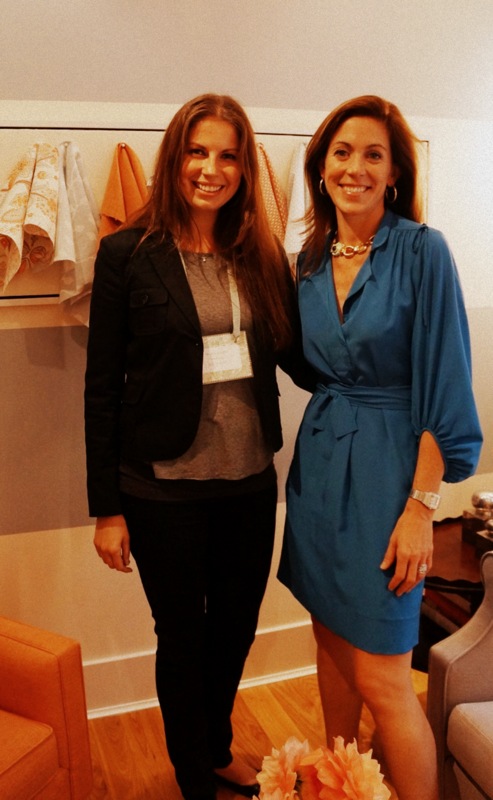 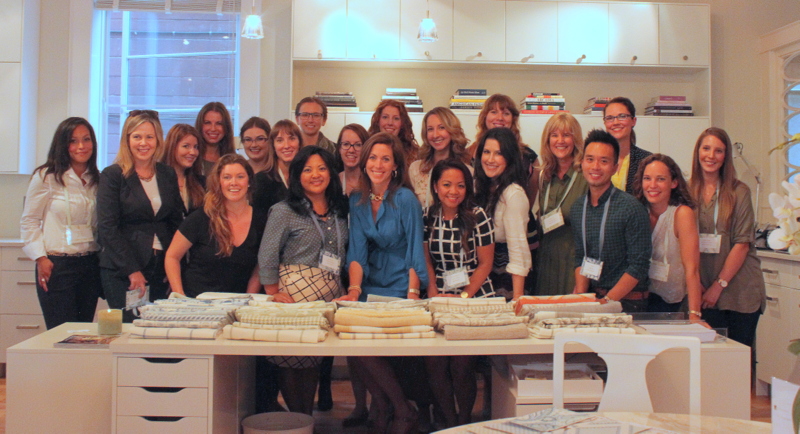 The next day at BlogPodium, Sarah gave her keynote speech where she hit a lot of emotional notes for not only myself but for a whole lot of bloggers listening to her every word. Here were some of my favourite points from her:

– Your words go far. So think about what you’re saying with your words. She showed us an example of how far someone’s words went to her and how much it affected her: 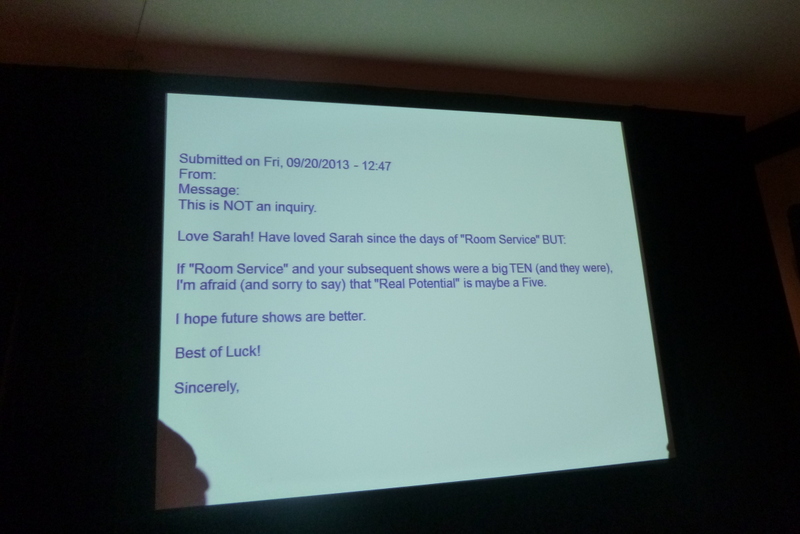 Think about that the next time you write a post or a letter – to anyone.

– All the education and training in the world won’t matter if you don’t have the talent.

– She learned what she learned to do by doing it. Asking friends to do projects for free. So just get out there and create.

– Make sure what you put out there you can be proud of years later.

– She told a funny story about how her producer was thrilled when things were going wrong while they were shooting a show because her producer now got her “3rd act” for the episode. Yeah. I got that part all too well. I’d have been happy too. Every story needs a good arch and a villain and sometimes it’s furniture arriving late.

– You should feel like you can’t wait to be in each and every room in your home because if you’re not comfortable it will show.

– Create the best solutions with what money you have. Some of her first makeovers featured in magazines were from a garage sale.

– Think about what you could do if you collaborated with others (hmmm…sounds familiar Blogging Belles?) It’s about creating a network.

– You need to respect the people you work with. Her employees are her colleagues.

– She feels very passionately that she can provide a different point of a view as a designer because she is a woman and a mother and can relate to a lot of what us moms go through every day with our house hold furniture and our kids. So she designs livable spaces.

– Your name is all you have. You can’t mess it up. So make sure what you put out there is what you want for your name. She never wants to embarrass her family.

– She is coming out with a line of cards for Hallmark. For a paper craft and card making addict like myself, this I can’t wait to see.

– She said her biggest flaw is that she cares too much of what other people think.

And my most favourite, ask your yourself what is worth your time. Coincidentally something I have been dealing with this past while. She said her husband taught her that you need to draw a line in the sand about when you work and when you don’t. That you need to decide what 2 days are your “I don’t work” days so you’re not on call 24/7. Then at the end of speech, in an emotional goodbye she said that she had two little girls who were outside waiting in a car for their mom who has had a very busy work week and she was immensely looking forward to seeing them.

That is perhaps the biggest lesson I learned from listening to Sarah and watching her during this entire experience. That whatever path you’re on make sure you find a balance that works for you. Find your no work days and sort them out with your work days. Even if that means late Friday afternoons and early Saturday mornings. Even if that means spending time in the park with your kids vs writing your blog or working on your Etsy shop. Your time matters. And how you spend it should matter.

So spend it wisely.