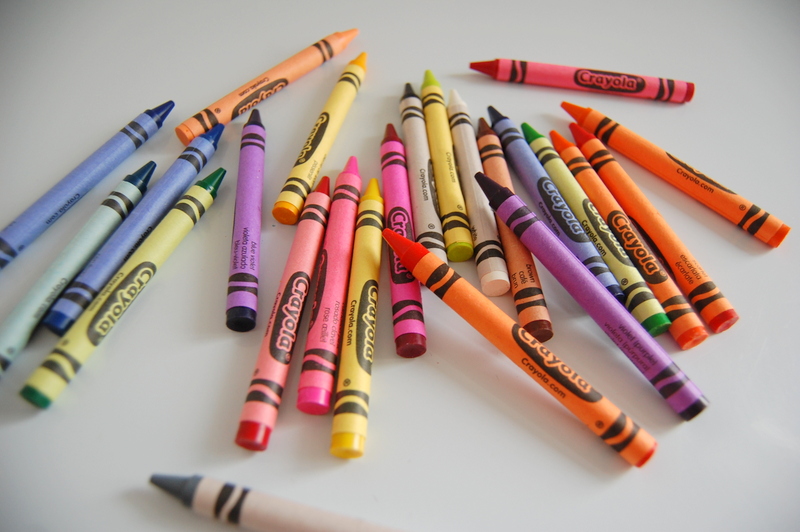 It happens to every blogger at some point. It was bound to happen to me. The dreaded creative block.

You know when you get into a mood where you want to make something but you have no idea what to make? It’s like writers block when you want to craft.

So I had this ridiculous idea to go to Pinterest to inspire my creative mojo because nothing helps you say “Hey I can do that!” after someone’s already done it. The problem with that is we’re drilled into our heads over and over that in order to have a great blog you need great, original content. But when social media is as fast as it is these days, trends run like rapid fire. The moment one blogger posts something, suddenly there will be 50 different blog entries/pins of the exact same craft over and over in your Reader feeds and Pinterest. It kills the trend before it even hits the stores in mass manufactured versions.

You know what it also kills? Your creativity. And if you’re out there posting the same content and crafts as everyone else is, how is your blog standing out?

But then I saw this pin (go figure), which I had ironically pinned awhile back.

Hugh MacLeod is right (and he has some amazing words of wisdom about it all and his own site Gaping Void if you’d like to learn more).

I looked at my older daughter who is a drawing and crafting addict. She wouldn’t know what a creative funk was if it hit her in the head. When we re-painted her room this past week, all her art supplies were in her desk covered by a tarp and she couldn’t get to them. It was like watching an addict rock back and forth in the living room asking for a hit. Except all she wanted were her crayons.

Why is that I thought? Aside from the obvious that is (i.e. adulthood responsibilities) that kids can play make believe with cutlery and draw with crayons at a restaurant table to amuse themselves and we as adults sit there and make small talk. Even if we’d like to sit there and colour the whole meal we are taught by etiquette and adulthood rules, that’s not what you do at meal time. And if we do colour, we’re “helping them”.

As with all thing things in life when it comes to inspirations and coincidences for blog topics, usually outside factors happen at the same time to influence the topic. In this case, a friend also posted a link on Facebook to a very popular TED Talk by Ken Robinson about how schools kill creativity. It was one of the best 20 minutes I have ever spent watching anything online and I highly recommend you watch it. But one quote really hit me.

“If you’re not prepared to be wrong, you’ll never come up with anything original.” – Ken Robinson

And I’ll use my daughter as an example.

I asked her to paint a heart for Valentine’s Day and she did this. 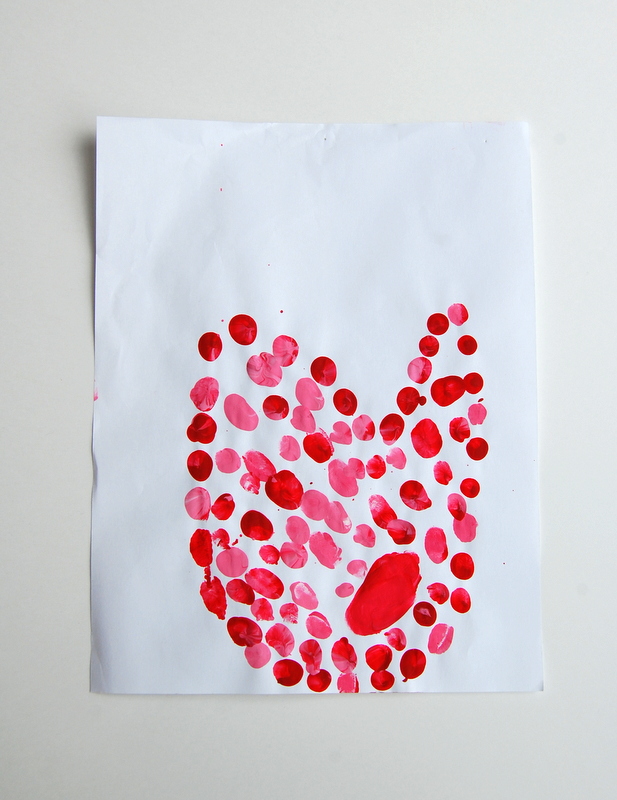 And this (her little sister followed suit). 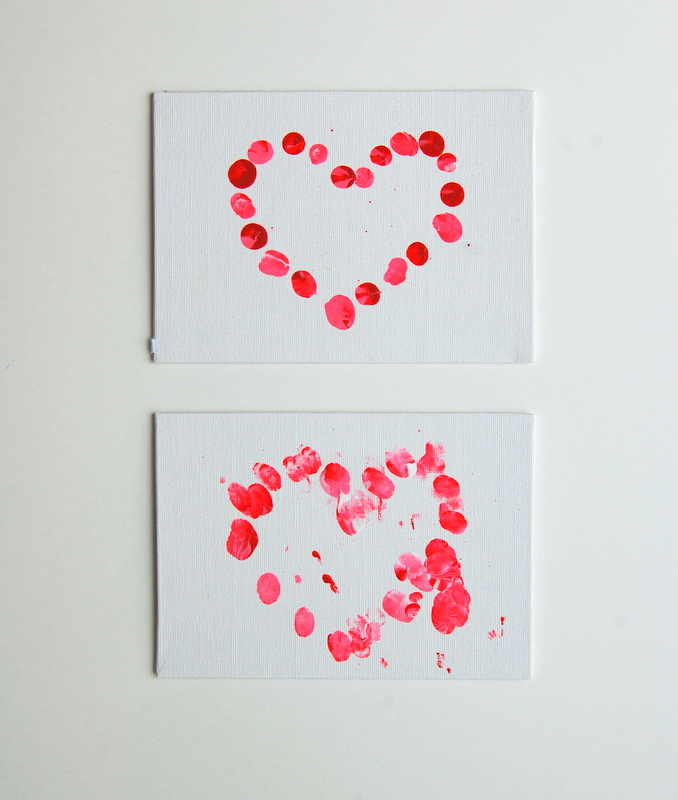 Barbie needs new clothes? Don’t know how to sew? No problem. Old socks make excellent dresses and hats. All you need is a pair of scissors. 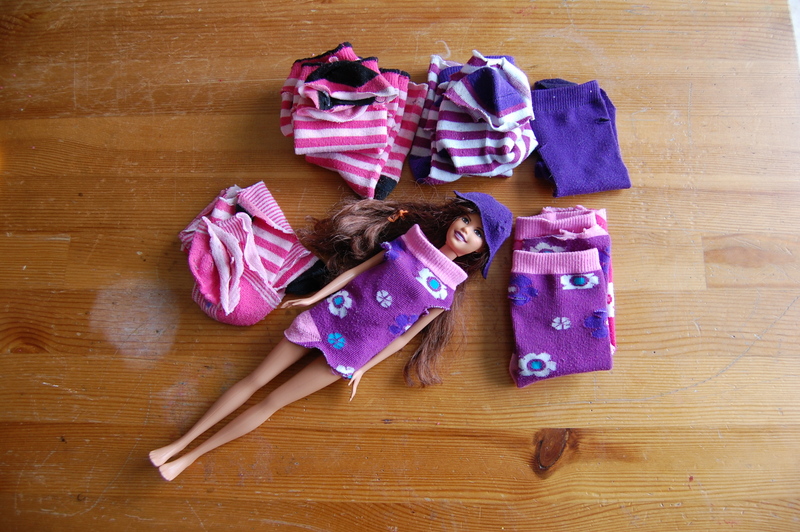 She saw red bird outside one morning and instantly drew a picture of it. I loved it so much it’s framed in our living room. 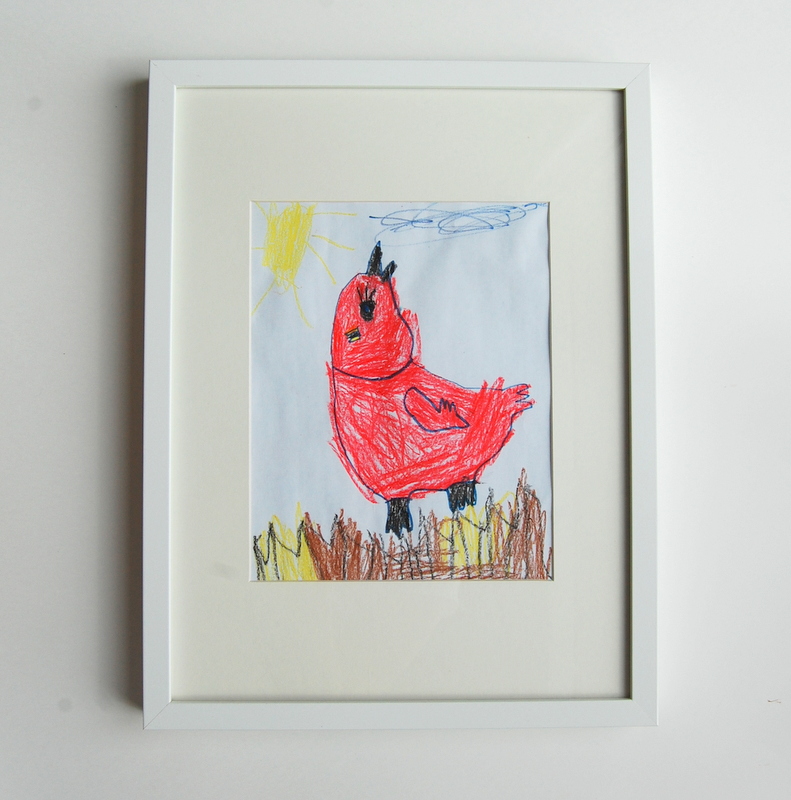 Of course the birds outside needed a new birdhouse and it had to a be a rainbow birdhouse. No fancy ceramic MCM styles here. 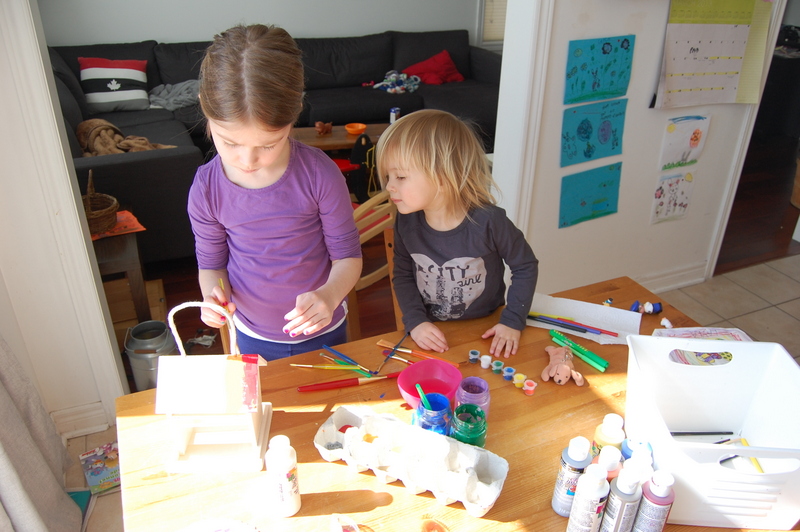 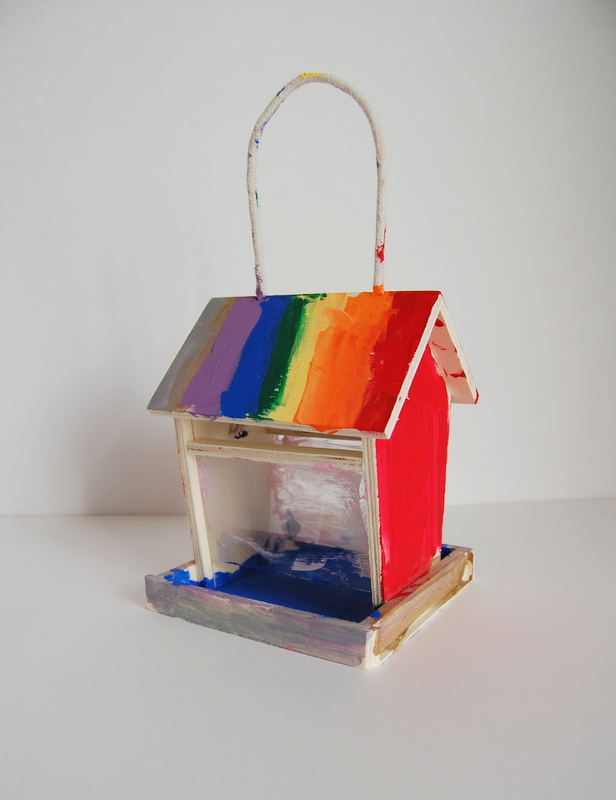 And it’s not Christmas or Valentine’s but she wanted to make an angel. So she made a paper angel with tape and scissors. 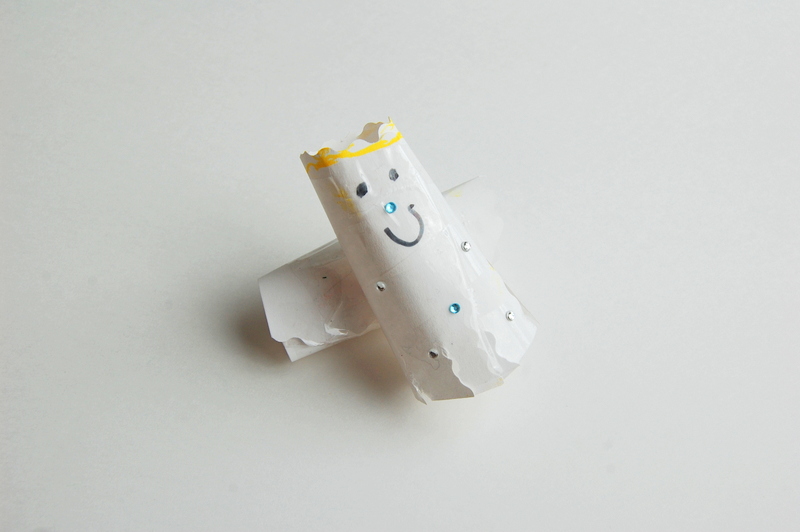 And the sock dresses weren’t enough so the existing doll dresses got bedazzled with stick on rhinestones. 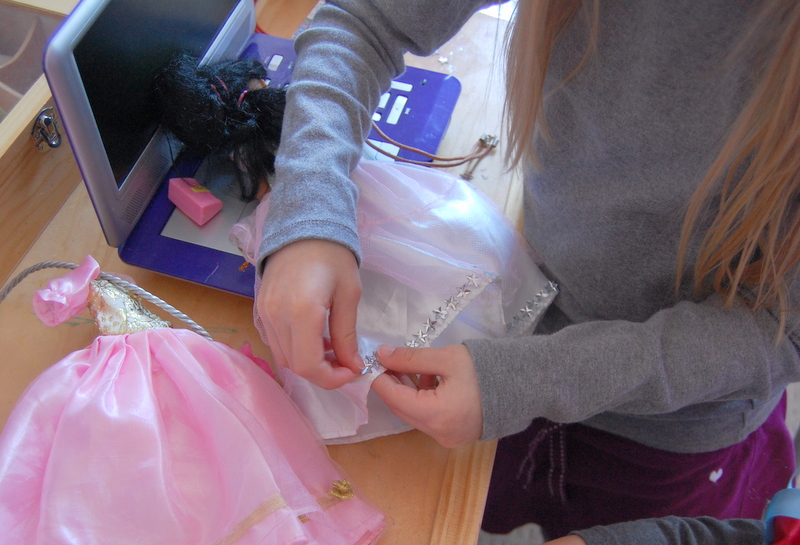 Most importantly she doesn’t need it any of to be perfect. Like the kids Christmas tree they get to decorate by themselves in any way they want. 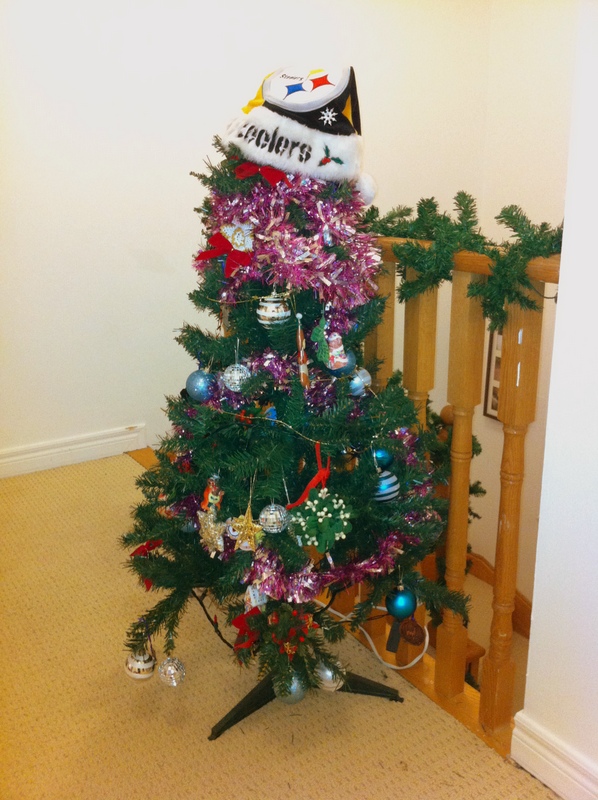 In their eyes it’s the best Christmas tree on the planet because THEY did it.

Kids don’t care what others think when they are creating and holed up inside their imagination.

Part of what Ken Robinson talks about is how we are educated out of being creative. We are suddenly told we can’t do things a certain way or draw outside the lines. Or as we get older and show off our work to adults, we seek acceptance and validation from them and if we don’t get what we hope to hear, that in turn dissuades us from trying more.

I found this so applicable to craft and DIY blogging with a bit of a twist.

I had read so many comments recently on different blogs, of bloggers frustrated that they felt like they had to whip up and post a craft because that was what was expected of their blog. When in reality all that did was stress them out and they wound up posting about something they didn’t even want to do or worse, that they didn’t think was good enough. And in the pressure of trying to create that potential DIY post that could go viral on Pinterest or making that one photo stand out in a 4 x 4 square at a 750+ person link party, we lose the actual magic of creating something that we truly enjoy just as we did when we were kids.

The greatest irony of putting this pressure on myself with regards to my blog, was that I realized my favourite bloggers do not post every single day. Quite the opposite. Maybe once a week. Sometimes every 2 weeks. But when they do, it’s a post filled with inspiration, humour, great writing and maybe even a project that will make me eyes light up. They don’t feel the need to post 3-4 times a week and fill it with things that every other blog has. They’ll do it once, but they’ll do in style.

So watching my daughter create on her own terms, really helped me to remind me that when I started my blog, I made things for the house and did certain crafts because I wanted to do them and we needed them done, not because I felt I had to do them.

And when you let go of parameters that confine you in this realm, you can start to create again. In fact so much so that by time I finished writing this (which believe me was not in a day), I had several ideas in my head for projects to do.

Now finding the time to get them done with little rug rats around the house…well that’s a whole other post.