Hell froze over, I did a craft project. After a month long craft sabbatical.

I’m lying. I did this one back in November with the intention of posting it in November but then this called “Christmas crafting season” took over and well that was the end of that. But I wanted to save it for this year also because it goes along with my whole intentional DIY and craft mantra, where I do projects because I want to not because I have to. That doesn’t mean I am going to get all serious and be like “No kids, you cannot make a mess in the kitchen with paint because mommy doesn’t need art work for the walls.” It just means making and sharing things when I feel creative vs blog content fodder. And this was made because I wanted it to be a keepsake for myself and my kids.

What happened was I noticed this past summer (after a brutally harsh winter) that our old backyard fence was losing a lot of wood knots. I kept finding them all over the grass until I had this mini collection of them. 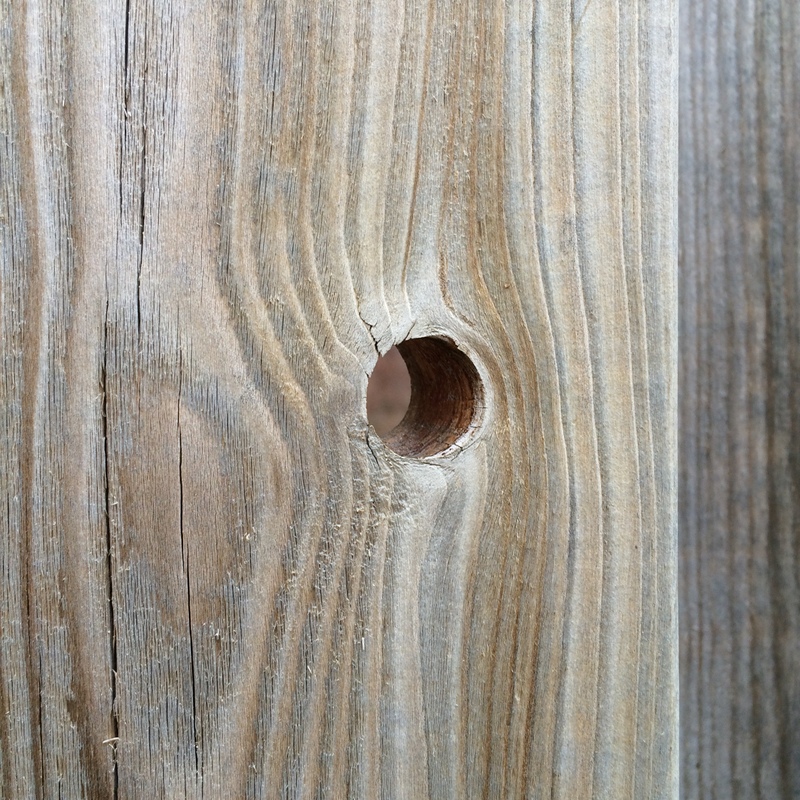 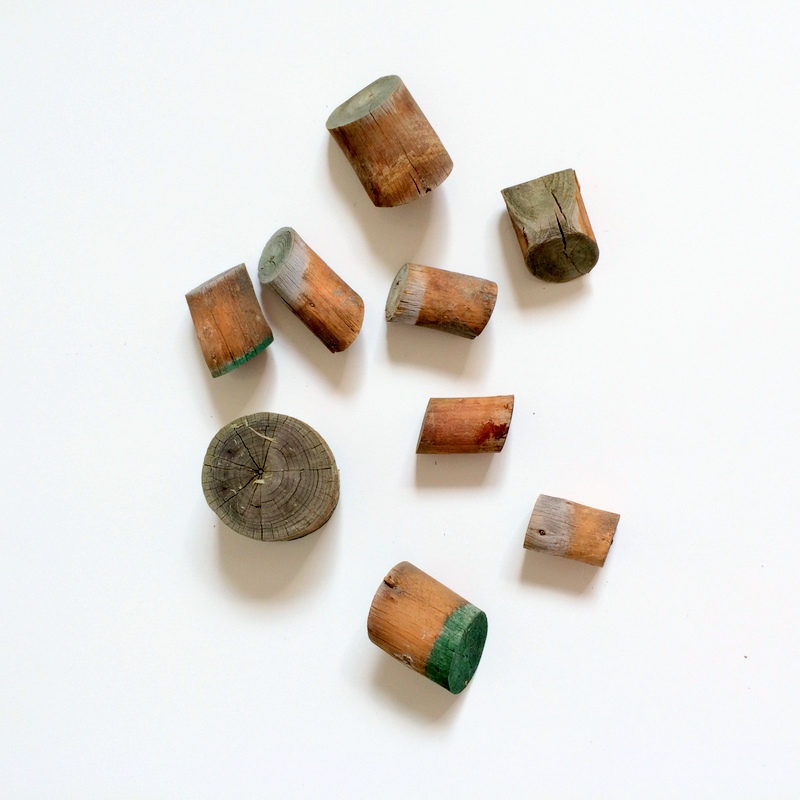 The green on some of them is because our neighbours painted their side of the fence a bright green.

I had to do something with them because they’re just this perfect, naturally aged wood with this great shape. And the simplest thing I thought of was a necklace pendant. So that’s what I did.

I took a thumbtack, pushed a hole into the tip of the wood knot (do this carefully as to not split the knot in half) and then screwed in a tiny eye screw into it. Then I taped off the ends and painted parts of them. 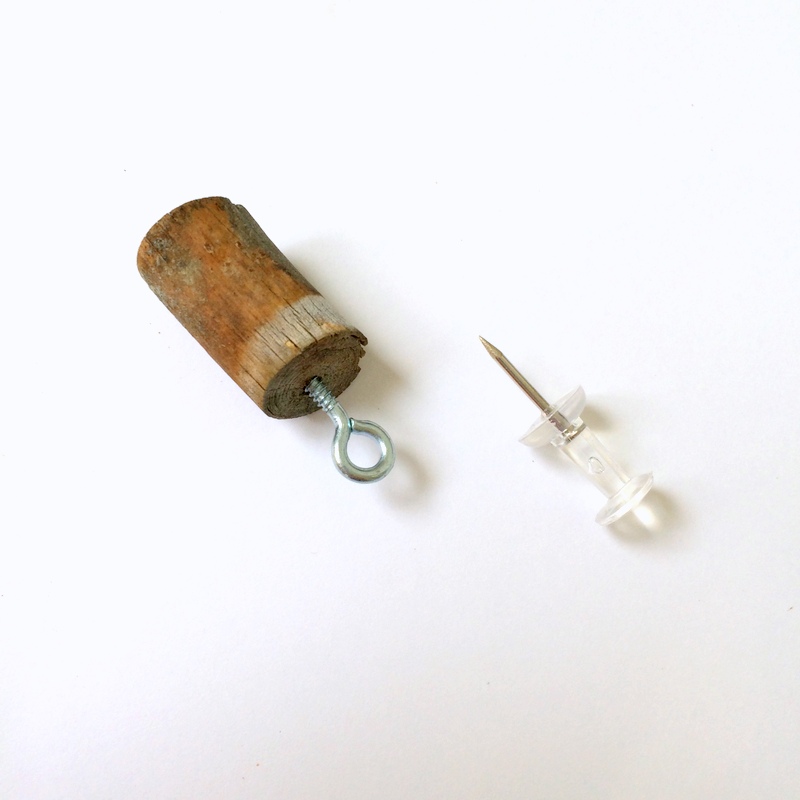 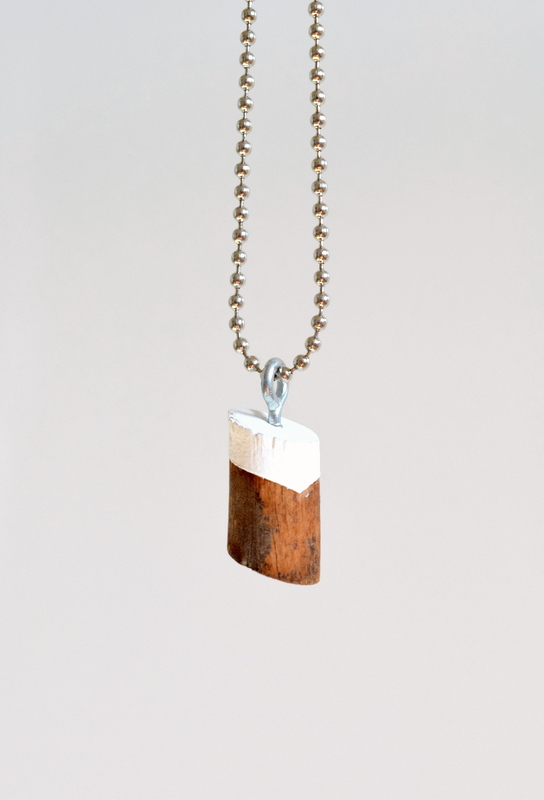 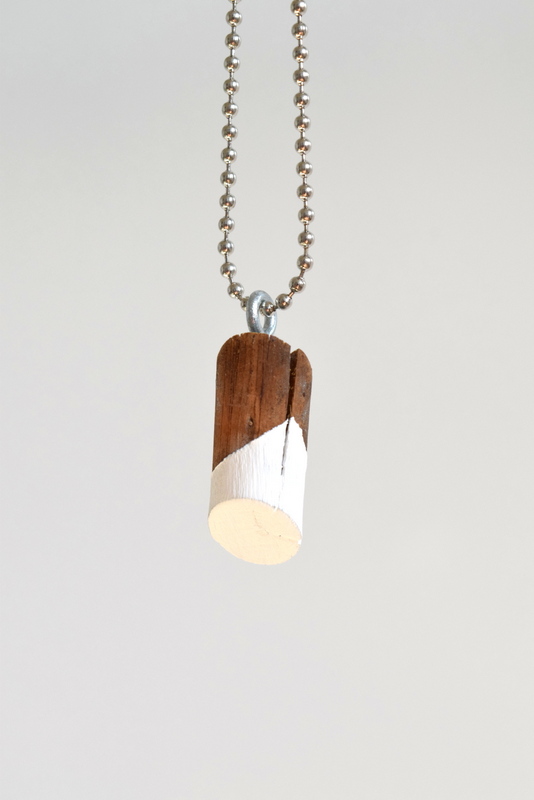 The reason I made these as a keepsake is because James and I are hoping to move this year. We’re fixing up a lot of the final rooms in the house (including the kitchen) to get it ready for sale should a home that we want to make an offer on appear on the market.

We love our little home. It is our first one. We’ve worked tirelessly on so many projects on it – which I plan to show a lot of the Before and After’s on here this coming months as I have never done so. Our original plan was to stay here for 5 years and see how it went for us. When we moved in, our younger daughter had just been born (to the month that we took ownership) and it was the perfect size for our then little family.

Well, the kids are getting bigger and they’re outgrowing a lot things. And no matter how much we purge and clean, there are just things about it the home that no longer work for our lives and our schedules. And the things we once found charming and that were fine for us when the kids were just babies, don’t work as well anymore. So with the anniversary of year 5 approaching this Fall, it’s time to start looking for a new space and this is something I definitely want to talk about more in a different blog posts because I have so many thoughts about it. Things like “First Home Lessons (what we would do differently)” and “Living in the Suburbs vs the City, the real truth”.

So the little wood knots I can carry with us, as a reminder of this experience. Maybe I’ll use the rest with some other elements and put them into a shadow box down the line. But if you want to make them, scour your fences for them as they fall out often in older wood. Whatever you do, don not show your kids. Because then they’ll try and punch the knots out. Then that leads to a whole other time consuming DIY that you do not want to do. 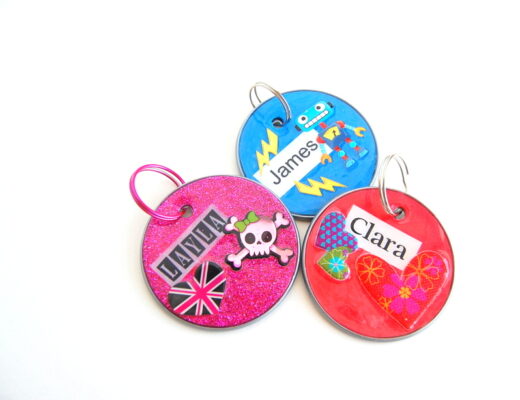 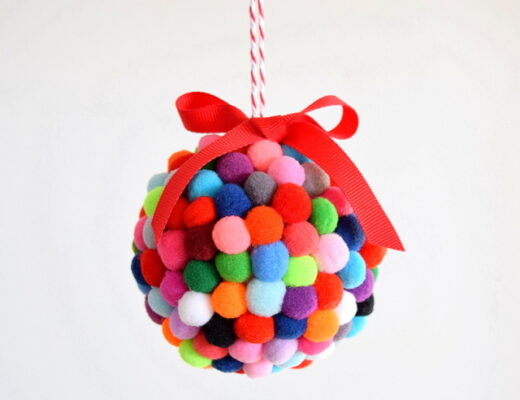 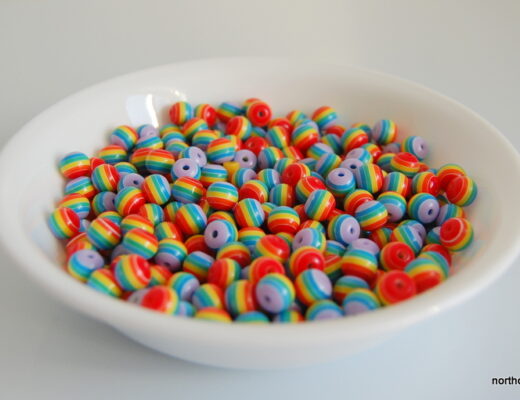 Rainbow Party – Crafts to do at the Party